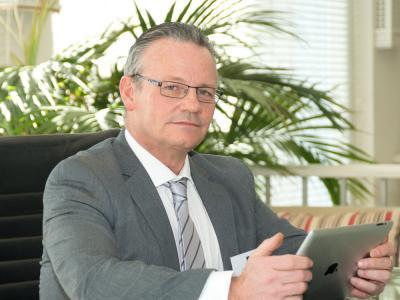 ROME - Hardly a day goes by in my working life in Rome (as an International Financial Adviser) that the question of wherever or not a person should report and pay tax in Italy is not raised.

The most common people to contact me about this are those working within one of the many International Organisations based here in Rome.

The nature of the enquiry usually revolves around confusion of their actual tax status here in Italy and the conflicting information they are given compared to information they find on the Internet. When looking for some comfort they turn to colleagues with longer experience of working here in Italy and are met with varying personal opinions, causing further confusion!

At this point I must state that I am not a Tax Advisor but I have drawn on professional opinions of those who are to detail some of the agreements currently in place. Manuela Stefoni of Oliver and Partners Rome, has kindly assisted me by researching and writing the below outline for readers: -

‘Italy has entered into numerous headquarters agreements for hosting headquarters/offices of International Organizations (the UN, the FAO, the Ital-Latin American Institute, etc.).
The content of the headquarters agreement (international convention) is generally standardised, with the exception of specific particularities relating to individual international organisations.
These headquarters agreements are a point of reference when it comes to establishing regulations for the legal relationship between an organisation and the host country, including taxation of the salaries paid to employees of an international organisation.
Headquarters agreements have been signed by the Italian government (the country hosting the headquarters and offices of the organisation) and by promoters belonging to the hosted organisation.
A key aspect consists of the maintenance of privileges and immunity for the organisation, for the delegates from Member States, and for officers in order to allow the achievement of specific institutional goals.
The category of officers is vast, and includes all members of the personnel who perform their duties for institutional purposes of the organisation to which they belong.
These do not include specialised experts with ad hoc commissions nor personnel hired locally and paid according to hours worked.
Privileges include tax exemptions for the various types of payments made by an organisation or on behalf of the same. However, generally speaking, officers who are Italian citizens or who are permanent residents in     Italy may not benefit from such tax exemptions.

The inapplicability of the tax exemption, as described above, for officers who are Italian or permanent residents who work at an international organisation that does not have a permanent establishment in Italy means that the employer organisation lists on the pay-slip only the social security withholdings indicated on the annual statement of salaries (not being a taxable entity in Italy).
In order to fulfil tax obligations, the employee must file the UNICO tax return.

By this article we start an analysis of such Agreements to allow employees and families to comply with their duties.

The Agreement between the United Nations and the Food and Agriculture Organisation and the Government of the Italian Republic regarding the headquarters for the World Food Programme states in article XIII, section 30 the following:

Lett. (E) Exemption from any form of direct taxation on salaries, emoluments and indemnities paid to officials by WFP

Lett (F) Exemption for officials who are not Italian nationals from direct taxation on income derived from sources outside the Italian Republic.

So to clarify the above (f) states the exemption on “income” (such as additional emoluments or other income ) for non- Italian nationals while  no exemption is granted on  personal wealth (i.e. assets)

Taxation of spouses and relatives:  the above exemption is not extended to spouses and relatives who are exempt only from immigration restrictions and alien registration  according to let. (G) of the same article.   Accordingly those individuals shall be considered as taxpayers subjected to the ordinary rules of taxation respectively 1) Italian sourced income for non -tax residents and 2) taxation of worldwide assets for tax residents of Italy.

In order to verify who is a tax resident under the fiscal rules, the physical presence test of more than 183 days per calendar year for residence or domicile in Italy would apply.

Pensions: no specific exemption apply to pensions of WFP employee according to the named Agreement. Moreover Revenue Agency Resolution 285/E  dated Dec. 16/2009 explains that any tax  exemption must be clearly stated in the Agreement to be valid and  for the International Organizations the exemption is connected only to the specific institutional activities performed by the in force personnel, the latter being  non-extendable  to the income under retirement.

So what does this mean to those people affected by the statements made by Manuela Stefoni? Well, I am sure that some may say that won’t apply to me as I work for organisation x, y or z and they were not mentioned in the examples and internally I have heard differently? Others may be thinking gosh, I have never reported any of my affairs in all the years I have spent here in Italy and they will be afraid to act because of this?

For those people who work with these organisations and still have some doubts about their position, let us look at this logically by answering a few questions.

The simple solution to this problem is to seek professional advice that is INDEPENDENT in all aspects to assess your personal tax circumstances, your assets and how they could be best held tax efficiently.

The worst thing to do is to do in this instance is to do nothing, as claiming that “ignorance to the laws and rules that apply in Italy is a legitimate defence” will just not wash with the tax authorities here or anywhere else in the world.