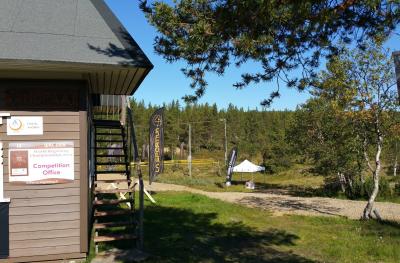 KILOPAA, -- The picturesque setting of Kilopää, in the Saariselkä area in Finnish Lapland,a popular destination for winter and summer sports, as well as tourism, hosts the 13th edition of the WRC 2015 from August 22 to 23, the first World Cup of rogaining to take place at this latitude located about 200 km north of the Arctic Circle.

The race is to be set in and around the Urho Kekkonen National Park, the second largest protected area in Finland, a veritable paradise for hikers and nature lovers.

The competition area includes a path in open tundra with fells which is pleasant and easy to traverse, but also wetlands difficult to overcome. It is undoubtedly a challenge and a thorough test for the best rogaining teams in the world.

There are currently 28 countries represented, including Italy, with about a thousand teams each comprising of two athletes. Two Italians listed as competing are Fabio Ponzio and Andrea Nevi of OriRoma.

Rogaining is a discipline classified as an "adventure sport", which is booming abroad and recently began being practiced in Italy. Similar to orienteering but bearing closer similarities to trail-running, rogaining takes place on variable distances involving both route planning and navigating among checkpoints, using various types of maps. In rogaining, the teams of 2-5 people should try to get to the check points, within a specific area (no options and no tracking path), within a period of time specified by the organization with the intent of maximizing their scores.

The official Italian federation affiliated to the sport is the FISO.

The week of the championship is unseasonably warm and sunny, favouring the sporting event but also the interest that is expected to attract a good number of fans and those curious to discover it.