Juventus still the team to beat 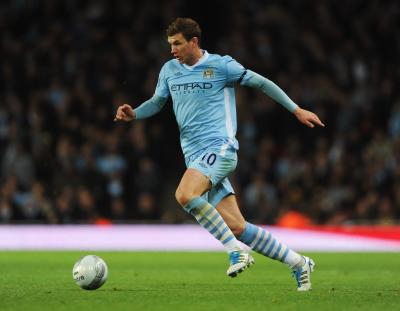 ROME – It's been a busy summer for Italy's top football clubs. A flurry of transfer activity has brought some exciting new names and fresh faces, but also seen a number of Serie A's biggest stars depart for new pastures abroad.

Juventus have been the most obviously active, having had to deal with the departure of Carlos Tevez to Boca Juniors – the Argentine scored 50 goals in 97 appearances in all competitions in a two-season stint – and of Andrea Pirlo and Arturo Vidal, who left for New York City FC and Bayern Munich respectively. The latter two have been at the heart of Juve's midfield since 2011 and are viewed by many as being the most influential contributors to the Bianconeri's recent successes over the past four seasons.

In a move that surprised some fans, the Bianconeri sold their interest in young Italy forward Domenico Berardi to Sassuolo, allowing him to stay with the Neroverdi, where he has developed a reputation as one of the league's most promising young forwards. The €10 million sale does allow for Juve to buy him back in 2016, and is thought to be part of the deal that brought Simone Zaza in the other direction.

Zaza, now 24, has impressed alongside Berardi for Sassuolo and having cost the current league champions €18 million, Juventus will be hoping he can continue to improve in Turin. The powerful striker will be joined up front by the Croatian Mario Mandzukic – a €19 million acquisition from Atletico Madrid – and the 21-year-old Argentine sensation Paulo Dybala, who became one of the continent's most sought-after players while at Palermo.

Last season's Champions League runners-up appear to be well covered in the striking department, but questions still loom over the state of their midfield post Pirlo and Vidal – especially as rumours continue to swirl around the future of French wunderkind Paul Pogba. The 22-year-old has the potential to become one of the best players in the world – some would argue he's already there – but with astronomical offers already being made for his signature, it looks unlikely that he'll fulfil that potential in Italy.

Juve managing director Giuseppe Marotta recently told the Gazzetta dello Sport that the club had turned down an €80 million offer from Barcelona, and Manchester City are also thought to be interested.

Speaking to Quotidiano Sportivo, Marotta insisted that club wanted to hold on to their most valuable asset but that they couldn't afford to write him a blank cheque, either. The 58-year-old Varese native said: "Pogba's future? In modern football the decision of the player is paramount. It's obvious that we would like to keep him until he stops playing, but we can't afford to do anything crazy in terms of salaries and some clubs can guarantee twice what we can."

To make matters more complicated in the centre of the park for manager Max Allegri, new recruit Sami Khedira – signed from Real Madrid – will be sidelined for as much as two months, after medical examinations revealed a serious thigh tear. The German midfielder sustained the injury during a pre-season friendly against Olympique Marseille in France. Injury has been an issue for the 28-year-old over the last few seasons. Even though he was part of Germany's World Cup winning team in 2014, his participation was limited by physical problems and he played just 628 minutes for Real last season due to a succession of minor issues. With that in mind, Juve still have some work to do in midfield if they want to remain on top of Serie A and competitive in Europe.

Juventus' biggest rivals, AS Roma, have also been busy in the transfer market, but like their northern rivals still have some holes to fill before the season kicks off in late August. A seemingly done deal with Chelsea for Egyptian forward Mohamed Salah has devolved into a complicated and bitter legal battle between the player and Fiorentina, the club where he was on loan last season and which allegedly owns the 24-year-old's rights.

The signing of Iago Falqué from Genoa is a positive, but talented as the Spaniard is, he joins the plethora of wide players and support strikers that manager Rudi Garcia has already the Olimpico. The 25-year-old joins a roster that currently boasts eight senior forwards – but with just two recognised primary strikers, neither of whom can be relied upon in a side seriously hoping to challenge for the Scudetto. Seydou Doumbia had a decent record at CSKA Moscow, but the Ivorian has been a flop since coming to Italy last January, and though many still rate Mattia Destro as one of the country's best young players, he seems unpopular with the manager and is likely to leave before the start of the campaign.

Goals were a serious problem for the Giallorossi last term, and while the midfield and defence should keep concessions to a minimum – being tight at the back has been a hallmark of Garcia's tenure even in difficult times – fans in the capital will be desperately hoping for the arrival of a striker to help them win their first title since 2001. Manchester City’s Edin Dzeko is among the likely candidates, but negotiations have stalled over the Bosnian's value.

Elsewhere, the loan signing of Polish international Wojciech Szczesny from Arsenal will provide some competition between the posts for ageing goalkeeper Morgan De Sanctis but an alarming lack of options at full-back will need to be resolved as soon as possible. Local favourite Alessandro Florenzi has adapted well when deployed in the role, but even with the young Roman as part of the defence options are thin and underwhelming.

One solution could come in the form of another young Roman – Alessio Romagnoli. The 20-year-old was loaned to Sampdoria last year and impressed at centre-back, but he originally featured as a wide player when debuted for the Lupi as a teenager and could be drafted into the role again, assuming the club knock back the advances of AC Milan. In central defence, the return of Brazilian Leandro Castan – who missed last season due to a brain tumor – will be a huge boost. And should Kevin Strootman return to full fitness, the Dutchman will add depth to what is arguably already Serie A's best midfield.

Napoli remain the most likely to challenge the top two should either slip up, but the Partenopei are something of an unknown quantity under new boss Maurizio Sarri. New signing Mirko Valdifiori impressed under Sarri at Empoli and even earned a call-up to the Italian national team this year, despite being relatively old for a first cap at 29, joins a capable midfield but the uncertainty over the future of star striker Gonzalo Higuain remains a concern.

Both Inter and AC Milan have recruited heavily over the summer in a bid to stop the rot that has crippled the San Siro giants in recent seasons. The Rossoneri and Nerazzurri will be aiming for a return to the Champions League more than a realistic title challenge, but with just three places up for grabs and stiff competition coming from Lazio and Fiorentina along with the current top three, making it back to Europe's biggest tournament will be no easy task.

The 2015-16 Serie A season will kick off on Sunday 23 August and end on 15 May next year – a week earlier than scheduled. This is to accommodate a request from the Italian national team manager Antonio Conte, who wants as much time as possible to prepare for Euro 2016, which begins on 10 June at Paris' Stade de France. 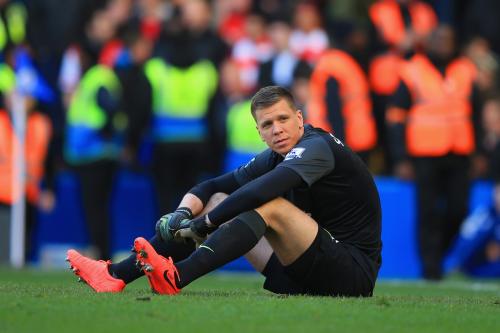