Khedira: Juve “one of the four best teams in Europe” 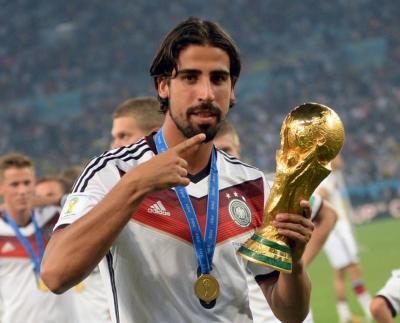 ROME - Sami Khedira has stated that Juventus are “one of the four best teams in Europe” and are more than capable of matching his former club Real Madrid.

The 28-year-old World Cup winner claimed in a press conference at new club Juventus that the Italian champions are serious European heavyweights asserting that “we really can win the Champions.”

Dreaming of a final against Los Galacticos, Khedira continued: “I don't consider the Italian league to be inferior. It's a high-quality championship and tactically challenging”

These comments undoubtedly bring relief to fans of both Juventus and the Italian league in general which is widely seen to have been in decline since 2007 following AC Milan’s Champions League triumph as well as that of the azzurri at the 2006 World Cup.

Despite his injury problems throughout last season, Khedira who moved this summer on a free transfer to the bianconeri is considered by the Italian and world press to have been a coup for Juventus who look to build upon their Champions League runners-up medal from last year.

With two stars of the 2014/15 season in Andrea Pirlo and Carlos Tevez having already left the club, as well as the doubt cast by the ongoing Paul Pogba transfer saga, the Italian giants have acted fast to bolster their squad, the German international joining Paulo Dybala and Croatian striker Mario Mandžukić as early new signings this summer.

Khedira has admitted to seeing a personal trainer in the off-season in an attempt to regain the match fitness he lacked at Real Madrid last year, starting just seven games for the Spanish side.

"I feel in good shape. I'm here to play but I know I have to earn my place in the starting XI,” the 28-year-old stated in the conference acknowledging the competition in midfield while remaining confident that he can return to compete at the highest level as Juventus bid to retain the Serie A title once again.