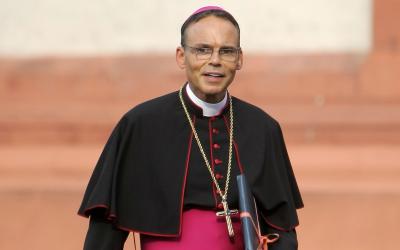 Bishop Franz-Peter Tebartz van Elst
ROME -- Germany's controversial 'bishop of bling" Franz-Peter Tebartz-van Elst has taken up residence in a sprawling luxury penthouse apartment with a panoramic terrace provided by the Church in the fashionable Piazza Navona district of the Eternal City, Church sources say.
The bishop, who spent the equivalent of dlrs 42 million on a luxury residence and caused an uproar for the Roman Catholic Church, was suspended by Pope Francis in October 2013 and began a new job at the Vatican in March as an advisor to the  the Pontifical Council for Promoting the New Evangelisation on catechesis.
Despite the controversy, the prelate evidently has been housed in considerable style in Rome, holding court for guests from the German church community in a top floor apartment measuring some 200 sq metres featuring a splendid terrace overlooking Rome belonging to the Collegium Germanicum, the German College, in the via dell' Anima, just a hundred metres or so from the smart Hotel Raphael where former prime minister Bettino Craxi lived for decades, the sources who visited the bishop told the Italian Insider.
Nearby Piazza Navona is among the most fashionable addresses in Rome where the dolce vita set moved as the Via Veneto area made popular by Fellini declined and became unpopular in the 1980s and 1990s.
A Vatican spokesman said he knew nothing about the bishop's accommodation arrangements. One Vatican source said "the bishop has already had a problem, let's hope he is not going to have another one".
Nobody was immediately available for comment at the German College when contacted by telephone.
Established in 1399, the German College trains seminarians to become priests and traditionally assists poor Germans who come to Rome, either to visit the holy places or in search of occupation.
Tebartz van Elst admitted that there had been "carelessness or misjudgment" on his part, but attempted to explain that the money was used for 10 different projects. He also noted that the plans for the project had initially been made by his predecessor, Bishop Franz Kamphaus, who retired in 2007.
The bishop was heavily criticized by politicians, such as German Chancellor Angela Merkel, who said his actions shake the confidence believers have in the Catholic Church.
The Vatican in October 2013 said: "A situation has been created in which Bishop Franz-Peter Tebartz-van Elst currently cannot exercise his episcopal ministry."
Francis, who has often times spoken out about the importance of church leaders to live humbly and modestly, was reportedly "continually, broadly and objectively informed" about the situation, and authorized the suspension of the bishop. The Holy See subsequently accepted Bishop Tebartz can Elst's resignation in March 2014.
Some within the church believe that Tebartz van Elst was the victim of a smear campaign. It was pointed out that other German archdioceses have also spent significant sums of money in recent times, such as the one of Munich and Freising, which spent $150 million on a new diocesan service center.
Whatever the case, the "soft-landing" being enjoyed by the bishop as he entertains guests on his idyllic terrace is the talk of clerical circles in Rome and is sure to reach the ears of Pope Francis's entourage as the pontiff returns from a pastoral visit to some of the poorest countries of Latin America. 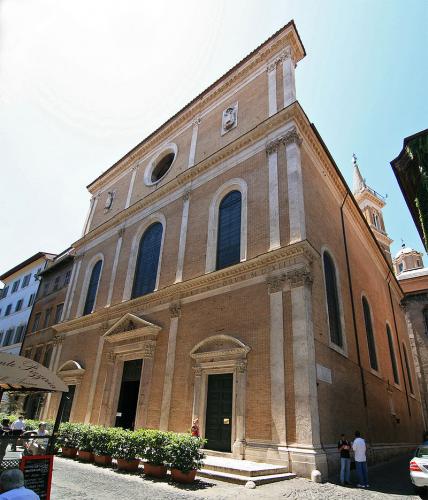