Juventus search for new star as Tevez inches towards exit 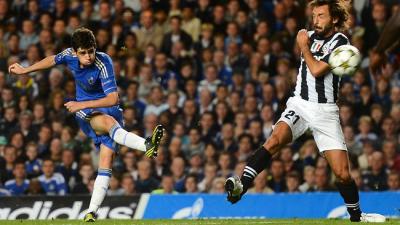 ROME – Massimiliano Allegri has begun his search for a new match winner with Brazilian Oscar as number one target as transfer speculation surrounding Pogba and Tevez increases.

With departure from Juventus looking ever likely for Carlos Tevez and Paul Pogba, the Turin club has been forced to consider replacements for its two talismanic stars. Led by manager Massimiliano Allegri, Juventus enjoyed an excellent 2014/15 campaign, retaining the Scudetto by a comfortable margin of 17 points over rivals AS Roma, winning the Coppa Italia as well as finishing worthy runners up to Barcelona in the Champions League final in Berlin.

Incidentally, the Spanish giants are one of the frontrunners for the most sought after transfer target this summer, the bianconeri’s very own Paul Pogba. Along with Chelsea who have allegedly already held talks with the Frenchman’s agent, Barcelona seek to prise one of the stars of Juventus’s season away from Turin. Juventus are likely to be asking for a transfer fee in the region of €100 million, which combined with the potential sum received for Argentinian Carlos Tevez if he were to return to his native Boca Juniors as is rumoured, would give the Italian champions a sizeable budget to spend on replacements.

Having announced on Tuesday the permanent signing of Roberto Maximiliano Pereyra from Udinese for a pre-arranged fee of €14 million in instalments, Allegri is now in search of a more attacking option to partner another new signing, Croatian striker Mario Mandžukić.

Whoever is chosen this summer will surely have the weighted pressure of bianconeri history firmly pressed across the back of their shirt. The numero 10 at Juventus, also famously coined the trequartista, has gained legendary status at the Italian club, traditionally playing in a free playmaking, attacking role just behind the main striker and previous holders of the celebrated shirt include current UEFA president Michel Platini and 2006 World Cup winner Alessandro Del Piero.

Although Pogba and Tevez remain at Juventus for now, it is unlikely that both, if either will stay in Turin and the pressure is thus increasingly on the Juventus manager to select a worthy new signing in order replicate the success of the previous season for the Italian club.