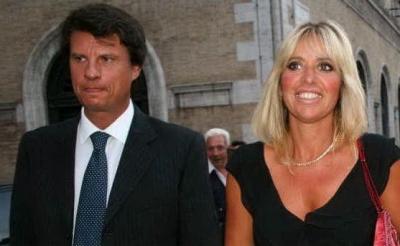 ROME – The "baby squillo" scandal that came to light over two years ago, is now back under the media eye following the requested indictment of Mauro Floriani, husband of Alessandra Mussolini, grand-daughter of ‘Il Duce’.

Floriani is under suspicion of child prostitution, accused of being a client of the under-aged prostitution racket located in the Parioli district. The 2013 revelations of the racket, made up of 14 to 15 year old girls, caused outrage in Italy. It was reported that the girls were engaging in part-time prostitution in order to earn thousands of euros, allegedly to earn money for designer clothes and latest mobile phones. The scandal continued last year with the suspected involvement of several UN FAO officials with the ring.

Paying for sex with a girl under 18 listed as a crime under Italian law, and as such Floriani is likely to be sentenced to up to six years in prison, according to Article 600 of the Penal Code.

To date, 11 clients have bargained for just a one-year prison sentence, exiting from the court case.

However, prosecutors Cristiana Macchiusi and Maria Monteleone now believe these 11, Floriani and another 22 clients whose investigations were closed, were aware that the girls were under aged.

Another 30 suspects continue to be investigated for child prostitution, amongst them Nicola Bruno, son of Forza Italia Senator Donato.

Eight organisers of the Parioli racket have already been sentenced. In particular, Mirko Ieni, the head of the racket, has been given the maximum 10 years in prison. Another “manager” of the ring, Nunzio Pizzacalla, has been sentenced to seven years.

The mother of one of the girls, who was accused of forcing her daughter into prostitution, and making her charge 300 euros for each encounter, has been sentenced to six years, and has lost all parental rights.