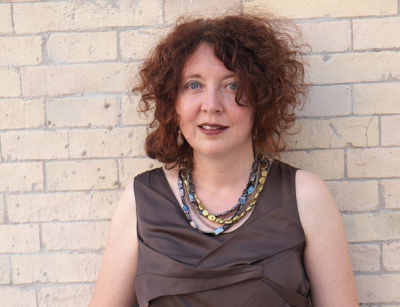 Academics commonly explain gentrification, the process of lifting a poor neighbourhood, as a conflict between lower-class residents and upper-class invaders, a class struggle, “us” against “them”. Not so Irene Ranaldi.

In “Gentrification in parallelo” (ARACNE editrice S.r.l.), Ranaldi narrates the slow process her childhood neighbourhood, Testaccio, is going through and compares it with that of its New York counterpart, Astoria.

The author first provides a basis to describe both neighbourhoods. Consulted works include classics on urbanisation in general as well as gentrification in particular. As a qualified sociologist who carries out research on the Eternal City, Ranaldi also refers to the established works of Franco Ferrarotti, the Dean of Italian Sociology.

The author holds a PhD. in Qualitative Theory & Analysis. She analyses the present through interviews and observation and reconstructs the past using newspaper articles, council minutes, travel guides and tourist board brochures.

Testaccio took its name from Monte Testaccio where in ancient times trade took place along the banks of the Tiber.

At the time of Italy’s Unification, when Rome became the capital, the city council elected the area to house the labourers of the national railway company and Rome’s slaughterhouse. It took, however, a law and the 1909 regulatory plan to build homes for the labourers. The council housing would trigger the first phase of gentrification.

After the slaughterhouse closed its doors in 1975, the city council drew up a rezoning plan for the area and sold part of the council housing estate. The second phase of gentrification commenced.

Nowadays, Testaccio hosts several ecological and ethical associations, a Faculty of Architecture and the European Institute of Design (IED).

“Gentrification in parallelo” then draws parallels with Astoria in the Big Apple. Despite the obvious differences in size, age and geographical location, both neighbourhoods have a lot in common.

Like Testaccio, Astoria is a former working-class neighbourhood with a core of council housing.

Both neighbourhoods are close to the centre –Testaccio is near the Aventine and Astoria near Manhattan– and owe their gentrification to arts and entertainment professionals who could no longer afford the centre.

Also, both neighbourhoods have become a sort of brand. Each is renowned for its cuisine: Testaccio for Roman food; Astoria for Greek food. According to Ranaldi, who heads an association that fosters scientific research and artistic creativity on urban renewal, both Testaccio’s and Astoria’s gentrification hinges heavily on its working-class image and culinary reputation.

Yet, Testaccio’s is not gentrification “in the proper sense of the word, like in the UK and US.”

Astoria lies in a city that is home to numerous cases of gentrification (MePa, Williamsburg, Greenwich Village etc.). Its gentrification is being done by the book: entirely driven and planned by politics and including significant construction activity.

Testaccio’s current phase of gentrification, in contrast, is haphazard and, to a certain degree, spontaneous. Consecutive city councils have altered and/or aborted rezoning initiatives. For 40 years now the slaughterhouse is awaiting a proper project. Other initiatives failed due to Rome’s particular environment. A full-blown gentrification project, including rezoning, construction and forced displacement of residents, was interrupted by archaeological findings.

Ranaldi and the foreword’s author deplore the limited number of works on gentrification in Italy. A highly compelling and informative read, “Gentrification in parallelo” is a step in the right direction!