Comment: John Paul II and the threats from Communism 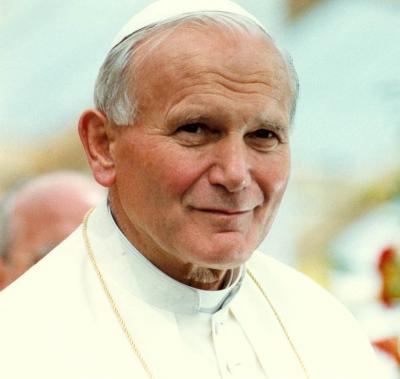 Karol Wojtyla was the strongest, the most brilliant and most militantly orthodox cardinal

ROME-For close to fifty years, at intervals between 1964 and 2010, I frequently found myself in Rome, usually  in order to write about the Council that Blessed John XXIII unexpectedly called into existence in 1962, or about some of the many disputes and developments in the Church which followed the council, for some publication or other that was edited and circulated in the United States.

I actually spent a total of nearly ten years in the Eternal City, chiefly in 1964-1965, and later from 1998 to 2005, in various hotels or apartment houses near the center of Rome: on the Piazza San Silvestro, or behind the Chiesa Nuova; or in Trastevere; or Parioli.  And I continually met and often interviewed churchmen at the Vatican.
In 1964  while the third session of the ecumenical council was meeting, I arrived, at the age of 26, at just the moment when an inexperienced, not very self-confident pope met dangerous, truly alarming opposition confident popefacdefiance from a conspicuous group in the Sacred College, over the issue of contraception: a  rebellion group led by Cardinal Suenens of Brussels, Cardinal Leger of Quebec, and Cardinal Alfrink of Utrecht in Holland.

I was in  Saint Peter's one morning  in  February 1965, four months after I first arrived in Italy, to observe the promotion of 27 new cardinals.  And I was there two years later for Karol Wojtyla's promotion in June 1967.

He was one of an exceptionally interesting batch of cardinals,  who had been appointed in fact to stand up in support of Paul VI against the numerous, formidable, complicated pressures which would be brought to bear in the well-financed effort to force him to distort, and revolutionize, the Catholic faith -- as many traditonalist Catholics see it -- by giving his blessing to artificial birth control --  an inner circle of the Pope's collaborators who in due course would have to identify and rally around some new, tough inflexible pope when Paul VI died, who could defy and, if possible, face down the great rich armies who would be locked into what was seen by many as a fierce war on the Church, throughout the whole world, over birth control.

In 1969 thirty-five more cardinals received red hats - with exactly the same mission to carry out.

Among the 62 cardinals named in 1967 and 1969 to do battle with the World,  and with all the rich teaching orders in the Church, Paul VI named eight Americans. Six were stubbornly orthodox  -  John Wright, who was generally thought to be the brainiest of the lot, was transferred from the diocese of Pittsburgh to the Roman Curia. Francis Brennan had alfready been in a prominent post in the Curia, for years. The others were the Archbishops of Saint Louis (John Joseph Carberry), New York (Terence  Cooke), Philadelphia (John Joseph Krol), and Washington (Patrick O'Boyle). The other two, though they hardly seemed like fighters for (or friends of)  Catholic orthodoxy, were at the head of immensely rich dioceses: Dearden in Detroit and the unprincipled Cody, who engineered the rise of an anti-Catholic journal to contradict and replace the solidly Catholic Register (which had a seemingly impregnable position as the official newspaper in many different dioceses.

The hungry fox with very sharp claws and teeth, which Cody established in the hen house, was the National Catholic Reporter, which he had started in Kansas City when he was the local bishop there.  I had prooofread the first copy of that paper. By the time he was finally made a cardinal by his friend Paul VI, Cody had been promoted to New Orleans, where he set up another paper that almost seemed more Communist than Catholic - and finally to Chicago.

As Paul VI forced Suenens to say plainly and crudely when he compelled the Belgian cardinal (another unorthodox friend of Paul's, who was specially favoured) to return to the startled council and retract his outrageous remarks, what everyone had seen in the world's major newspapers, summing up Suenens' speech on birth control, many Catholics would see as heresy.

Suenens tried of course to explain that he was misreported in the press. But the heresy he was forced to disavow by the shaken, intensely unhappy pope soon spread through much of the world.

Karol Wojtyla, however, showed great zeal in offering Paul VI assistance in the writing of Humanae Vitae, and it seemed there was no other bishop in Europe, much less a cardinal who had written a profound treatise in the style of a sophisticated ultra-modern philosopher, which not only reaffirmed all the traditional arguments against contraception but offered new arguments that almost no one would even attempt to reply to.

Wojtyla was the strongest, the most brilliiant and most militantly orthodox cardinal - certainly the most versatile and most original -  who attracted a lot of notice at  the papal elections which occurred in August 1978 and October 1978.
The world press believed that the "ultra-conservative" Cardinal Siri seemed the most popular candidate at the election in August.  And he was not elected only because he chose to stand aside and to urge the cardinals for the younger, pleasanter,  much less confrontational Albino Luciani  - a prelate believed to be fundamentally as strict as Siri - and, if anything, more aggressively anti-Communist than Siri.
The press said that the leader of the anti-Communist Italian bishops -  Luciani - could never be elected. But, with Siri's support, he was.
In October Siri would not stand aside for the heir to Paul VI, Benelli, who was thought to be not very conservative at all.
It seems likely that in October, first Giuseppe Siri got every vote - but one - that he needed to become pope, and after his failure Benelli in his turn came very close but did not secure his election.
There was an absolutely thrilling story that Cardinal Carberry said he could tell  - if he were free to speak - but he  wasn't, of course.  If two cardinals missed election as Pope by one vote or two, it would strike most of them as thrilling.
When Wojtyla was elected, the world was amazed.  But a young Italian in the crowd said at once:  "This is a manoeuver!
"This man is going to be far more intransigent  (that is,  uncompromising on all or almost all important disputed questions)  than the most ultra-conservative of our Italian cardinals.")
In China the Communist government immediately broadcast throughout China an explanation of the Catholic doctrine that the Pope is infallible   -- in order to try to make the whole or China understand that the great opponent of Peking, in Moscow, had been ruined, shattered, eliminated by the election of a Pole to govern the churches in Moscow's most important satellite and in most of the strong Christian churches in the East and the West of Europe.

After he had been pope for a few years, I myself felt very sure  - it seemed quite obvious - that Karol Woyjyla was going to be known in history as John Paul the Great.
That implied, of course,  his recognition as a saint, his canonization in some form, sooner or later.
But I never expected to see that start to happen in my own lifetime, nor to see it brought about by means of  the ordinary, established Vatican procedures.
I thought historians would inevitably call him John Paul the Great after some centuries had passed. And that the Church would accept this universal belief in his standing among the very greatest and strongest popes, his being the human instrument divinely chosen to disorganize - and vaporize - the unprecedented threat to the Catholic Church from atheistic Communism.
I myself was in due course able to observe at close quarters the deep and extremely widespread belief in his virtues and wisdom noisily avowed by the two million young pilgrims who went on pilgrimage to Rome in the August of the Holy Year celebrated in 2000.  That was the greatest Catholic rally, it was said, in the history of Europe.
As the Wall\Street Journal  noted, this Pope had entirely won the  confidence - and tapped the great fund of terrific enthusiasm - of millions of young Catholics even while he was endlessly condemning the birth control, the premarital sexual activity and the homosexuality that were being fiercely championed in much of the press of the whole world.
He had thrown down the gauntlet to all young people, and to all mankind, in a most aggressive fashion, on his very first visit to the United States in 1979. And he traveled on to say the very same things, with the same bluntness in many, many different countries all over globe.
"Roman Catholics can rest  assured there will be few doctrinal reforms in this man's pontificate," noted a major Canadian daily, reporting one blunt and fiery sermon from John Paul II on his first tour of North America.
But it was to hear this man, as the official voice of traditional Christian teaching, reassert the whole teaching that the Church has been given in the Commandment "Thou shalt not commit adultery," that four million people assembled when he held one of his legendary Youth Days in Manila.
I think it is important that what John XXIII wanted during the council, from the council, was never allowed to happen until the last years of John Paul II.
The first thing that John XXIII planned was the canonization of the great Pope Pius IX -- the pope of papal infallibility and of the Immaculate Conception, and of the reality of miracles and the certainty of some miracles  - the dogmatic belief that some miracles can be proved, demonstrated with certainty.
But that did not happen until 2000  - when Blessed John Paul II beatified  Pius IX, on September 3, 2000, at a cermony I attended.
But John actually wanted not only Pius IX's glorification but in fact a very large number of modern canonizations and beatifications.  It was clearly in order to bring this about that John XXIII radically changed the rule governing these procedurees.
I remember what one journalist said in the Canadian journal, the Globe and Mail, when John Paul II visited Toronto - and was mobbed in that Protestant city, by crowds of young Catholics from New York, new England and Pennsylvania.
On July 27, 2002, Marcus Gee wrote:
"What makes hundreds of thousands of young people scream and weep over a sick old man?
"To some, the fuss over the Pope is just a cult of personality -  like the mass adoration of totalitarian dictators or overpaid rock stars.
"But that's nonsense. No coercive state is forcing young people to worship the Pope.  Nor are they drawn by simple stage presence.  Whatever skill the Pope had as a performer has been eroded by his ailments.
"No, the outpouring of affection is spontaneous - and wholly remarkable. No political leader, no musician or sports hero, can command such attention.  Just look at the  faces of those kids.
"As the Pope spoke to them, struggling to get the words out, they were rapt  - straining to absorb every word. Because everyone is drawn to true greatness.
"And John Paul II is quite simply the greatest man alive.  Even if you don't share their religious conviction, it's not hard to understand what they see in him.
"Long before he came to Canada, he had established himself as a figure of surpassing courage, vision, and humanity.
"Arthritis, and various operations, and Parkinson's disease have transformed the man. Yet he does it. And does it with joy......"
World
Vatican