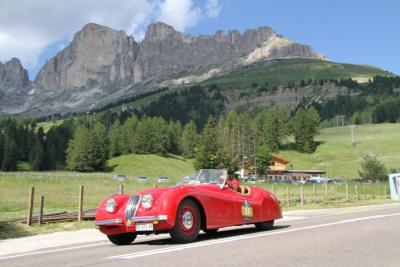 Rome - The Dolomites Gold Cup is seeking to establish the competition itself as one of the foremost classic motor races on an International level and returns this year with an all new night stage.

This year’s event will be held on over the traditional three days in July and will consist of three unique stages, including the edition of all new nocturnal stage that will see contestants battle it out under the stars. This year’s event promises high-altitude entertainment with all stages centring on the historic town of Cortina d’Ampezzo in the Southern Dolomites.

Over the three days participants will race a total of 509 km (316 mi.), competing in 45 time trials. The course will cover three different regions in Northeast Italy - including 13 mountain passes. The route has been chosen specifically for its blend of adrenaline and breathtaking scenery.

The 2015 Edition looks to reach out to an international spectrum of participants and it is hoped that the race can be used to promote the unique beauty of this area of Italy. Gianpaolo Bottacin, president of the Belluno motor club, who organize the event, said that the race offered the perfect context to promote the regions it passes through due it its blend of sporting tradition, regional traditions, charming countryside and elegant glamour.

The Dolomites Gold Cup is steeped in history and began during the golden age of motoring. It started out as a single day speed race that was open to the public. It was run from 1947–1956 and attracted big names, including F1 drivers such as Giulio Cabianca. Since 1972 the competition has been a classed as historic motor race.

The inclusion of a night stage at this year’s event is part of an attempt to have the competition rival Italy’s foremost classic motor race “La Mille Miglia” Chairman of the organizing committee Alessandro Casali said that the Coppa d’Oro had all the attributes necessary to overtake its rival and would strive to include younger and more international participants this year.

The competition will run July 23-26 and inscriptions will be open until June 7. For more information visit www.coppadorodelledolomiti.it 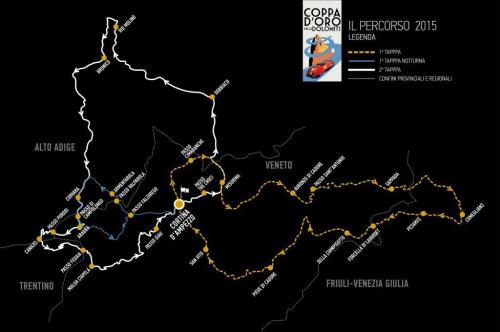