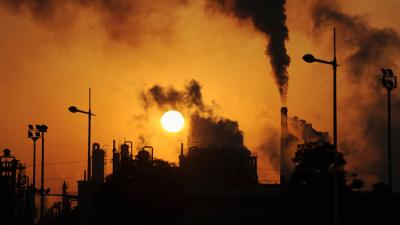 ROME - Less than a week after everybody celebrated the historical agreement on Nov 17 between the US and China on reduction of CO2 emissions, a very cold shower has come from India.

Indian Energy Minister Piyush Goyal has declared: “India’s development imperatives cannot be sacrificed at the altar of potential climate change many years in the future. The West will have to recognise we have the needs of the poor.”

This is also a blow to the Asia policy of U.S. President Barack Obama, who came back home from signing the CO2 emissions agreement in Beijing, touting his success on establishing U.S. policy in the region.

But, more importantly, this will give plenty of ammunition to the Republican Congress, which has been fighting climate control on the grounds that the U.S cannot engage on climate control unless other major polluters make similar commitments. This was always directed at China, which had refused to make any such commitment until President Xi, to the surprise of everybody, did so by signing an agreement with Obama.

India is a major polluter, not at the level of China, which has now reached 9,900 metric tons of CO2, against the 6,826 of the United States. But India is coming up fast.

Goyal has promised that India’s use of domestic coal will rise from 565 million tons last year to more than a billion tons by 2019, and he is selling licences for coal mining at a great speed. The country has increased its coal-fired plants by 73 percent in just the last five years. In addition, Indian coal is of poor quality, polluting twice as much as coal in the West.

Nevertheless, newly-elected Indian Prime Minister Narendra Modi has announced that he will embark on a major programme of renewable sources of energy, and there is an apparent paradox in the fact that many of the climate scientists who form the Intergovernmental Panel on Climate Control (IPCC) are from India. Its Director-General is an Indian, Dr. Rajendra K. Pachauri, who is also chief executive of the Energy Resources Institute in New Delhi.

The IPCC’s last report was much more dramatic than previous ones, stating conclusively that climate change is due to the action of man, and providing an extensive review of the damage that the agricultural sector is bound to face, especially in poor countries like India. At least 37 million people would be displaced by rising seas.

Indian towns are by far the most polluted in the world, surpassing several times each year the worst polluted day in China.

But what is more worrying is that governments are reacting too slowly. It would take a very major effort, which is not now on the cards, to keep temperature from rising by more than two degrees Centigrade, and therefore to start to reduce emissions by 2020. Emissions in 2014 are expected to be the highest ever, at 40 billion tonnes, compared with 32 billion in 2010.

The consensus is that to limit warming of the planet to no more 2 degrees Centigrade above pre-industrial levels, governments would have to restrict emissions from additional fossil fuel burning to about one trillion tons of carbon dioxide.

But, according to the IPCC report, energy companies have booked coal and petroleum reserves equal to several times that amount, and they are spending some 600 billion dollars a year to find more. In other words, governments are directly subsidising the consumption of fossil fuel.

By contrast, less than 400 billion dollars a year are spent to reduce emissions, a figure that is smaller than the revenue of one just one U.S. oil company, ExxonMobil.

The last meeting of the G20 in Brisbane earlier this month gave unexpected attention to climate, but the G20 alone is spending 88 billion dollars a year in subsidies for fossil fuel exploration, which is double that which the top 20 private companies are spending to look for new oil, gas and coal.

The G20 spends 101 billion dollars to support clean energy in a clear attempt to make everybody happy but, according to the International Energy Agency, if G20 governments directed half of their subsidies, or 49 billion dollars a year, to investment for redistributing energy from new sources, we could achieve universal energy access as soon as 2030.

Another good example of the total lack of coherence from Western governments is that they have pledged an amount of 10 billion dollars for a Green Climate Fund, whose task is to support developing countries in mitigating and adapting to climate change. That amount is two-thirds of what those countries have been asking for and, since its creation in 1999, the fund has still to become operational.

And it was only after the last G20 meeting that the U.Spledged three billion dollars and Japan 1.5 billion, bringing the total so far to seven billion dollars - one-third is still missing.

And now we have the upcoming Climate Conference in Lima, in December, where opinion is that governments will once again fail to reach a comprehensive agreement on climate change, “and the amount of time left for the planet will reduce even further.”

Besides the fight to be expected from the Republican Congress in the U.S, there will be also be opposition from countries that depend on fossil fuels, such as Russia, Australia, India, Venezuela, Iran, Saudi Arabia and the Gulf countries.

So, governments show a total lack of consensus and responsibility. If a referendum could be held asking citizens if they would prefer to pay 800 billion dollars less in taxes to avoid subsidising pollution, there are few doubts what the result would be. And there would be the same result if they were asked if they would prefer to invest those 800 billion dollars in clean energy or continue to pollute.

But the incestuous relations between energy corporations and governments are out of the public eye. It is yet further proof that, even when nothing less than survival is at stake for islands and coastlines, agriculture and the poor, governments are unable, “or unwilling” to see beyond their immediate existence. We are direly in need of global governance for this kind of globalisation.