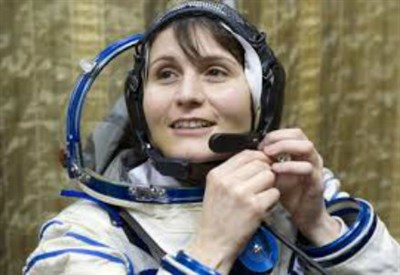 ROME – Samantha Cristoforetti has fulfilled her dream of becoming the first Italian woman in space after she travelled to the International Space Station on Monday.

The mission launched from the Russian space program’s base in Baikonur, Kazakhstan and landed on the Space station after a near-perfect six-hour flight at four am Italian time.

Cristoforetti was the first of the team to enter the space station, where she will remain for six months. Before take-off she tweeted a link to a playlist of “Countdown Songs” on music-streaming service Spotify, including “Walking on the Moon” by The Police and “I Believe I Can Fly” by R. Kelly. The 37-year-old astronaut also tweeted to her followers “Thank you everybody for your support and enthusiasm. Time to go. Talk to you from space!”

Cristoforetti, a mechanical engineer by trade prior to her career as an astronaut, was born in Milan and grew up in Trento. Accompanying her on the mission on Monday were Russian Anton Shkaplerov and American Terry W. Virts.

Through a transmission to mission control in Moscow, Cristoforetti spoke to her mother, describing her long-anticipated journey into space and the moment she saw the space station with its solar panels glowing in the sun as “a wonderful moment, exactly like they told me.”

Cristoforetti’s mother than asked if, “space is like you dreamed it?” to which her daughter replied, “much better!”

The Italian is in fact the 59th woman to travel into space. Aboard the space station she will participate in some 200 experiments, including ten Italian-led projects.