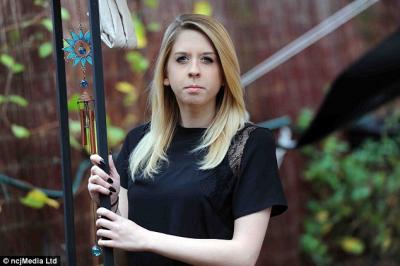 LONDON – British student Serena Bowes, 21, may be tried in absentia after refusing to return to Florence to face allegations that she fabricated an accusation of rape on a college trip to Tuscany.

The alleged assault took place in a nightclub on the Via della Vigna Vecchia in central Florence where Miss Bowes claims she was forced into a unisex toilet cubicle and raped. The Italian authorities have dismissed the claim based on CCTV video footage which reportedly shows Miss Bowes leaving the toilets in the company of her alleged assailant.

The police also stated that a medical examination shortly after the incident reported that Miss Bowes displayed no sign of abuse.

Serena and her family were searching for legal counsel ahead of the Nov 13 deadline imposed by the Italian state, after which date a state lawyer would be automatically assigned.

The UK Foreign Office made a statement to Italian Insider that, “We are aware of an incident involving a British national in May 2014 and provided consular assistance when notified of this in October 2014. We stand ready to provide further support to the individual and their family at this difficult time."

After reporting the incident to authorities in Florence, Miss Bowes returned to England and assumed that the case had been dropped until recently when she received a letter informing her of the false allegation charge.

If found guilty the charges carry a potential prison term of four - 12 years. Under Italian law, Miss Bowes would in such a situation be entitled to at least two appeals.

Speaking to U.K tabloid The Daily Mail Serena said, “I will never go back to Florence because of what happened there. If I receive a prison sentence somewhere between four and 12 years my life will be over.”