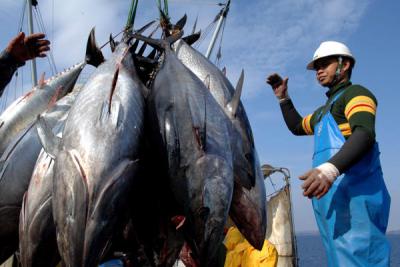 ROME- Environmental agencies are concerned at a lack of regulation on fishing in the Mediterranean ahead of important meeting on Bluefin tuna on Monday.

The WWF has called on the International Commission for the Conservation of Atlantic Tuna (ICCAT), who will be holding the special meeting Nov. 10 in Genoa, to stay alert and maintain a precautionary attitude regarding the management of Mediterranean bluefin tuna as there is always a risk of losing the right track.

Although there have been extraordinary results obtained from the operations of ICCT and stakeholders; such as the implementation of regulations and a traceability system, WWF alerts that there may be a possibility of substantial shortcomings. This would undermine the traceability of fishing, allowing unreported and illegal fishing that would compromise the market.

Dr. Sergi Tudela- Head of Fisheries at WWF Mediterranean- said in a note “we need to stay vigilant. Without clear and robust traceability, years of effort to recover the most iconic species of the world’s oceans risk being undermined.”

In fact, according to the recent study conducted by WWF on Mediterranean bluefin tuna, there is a host of shortcomings which will deeply affect the full traceability of fish. Furthermore, minimum standards required under the European Union’s IUU regulations are not being satisfied.

These are enough factors for WWF to call for ICCT reforms.

The WWF also required from ICCT’s new scheme a maintenance of the Total Allowable Catch (TAC) at around the current level (13,500 tons) and the guarantee that any annual increases should stay below 10 percent, or in any case, an increase must be reviewed in light of all available information.