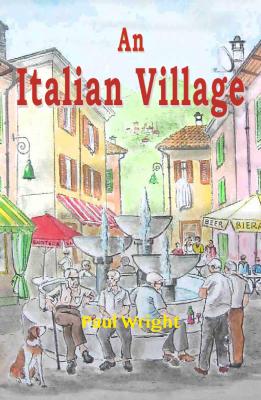 ROME – With the saturation of Expat memoirs on bookshop shelves, artist Paul Wright's original approach makes for a worthwhile read.

An Italian Village: A perspective on life beside Lake Como offers an insight into a world which few outsiders have any concept of, as Paul works alongside, and in the homes of, Italians as a trompe d’oeil artist.

As well as learning about Wright’s art, the reader is offered a host of varied anecdotes about the highs and lows of buying property, enjoying the Italian cuisine, running a business and most importantly integrating with the locals.

As a sequel to 2011’s An Italian Home, An Italian Village has the benefit of being an engaging read independent of its predecessor, as well as omitting much of the bureaucracy and language learning involved in first moving to a foreign country, which can too-often become repetitive in this genre. Instead, we are afforded the opportunity to hear insights into the Italian culture from an Englishman who has already been living in the country and speaking the language for many years.

The focal point of the book is the central Piazza of Argegno, where a largely retired contingent of local men gather daily to play cards and pass the time. This group of men and their life stories serve as the anchor of the book, and their constant presence will make many readers yearn for that sense of community and continuity. Wright beautifully captures both the beauty and the sadness inherent in that kind of continuity, asking at one point whether, given the opportunity, these men would have chosen this village, this life, to spend their years.

Wright is best as a writer when he is describing the eccentricities of his neighbours. The book is littered with in-depth descriptions of the individuals he meets, in a fair but undoubtedly no-holds-barred manner. The quintessential Italian male is dissected and examined from the British perspective in a manner which is equal parts affectionate and critical.

In these rich character descriptions there does seem to be a noticeable absence: women. In the second chapter when Paul is first invited to the morning Piazza meetings his partner (now wife) Nicola is told that the affair is strictly men-only. Because these meetings form the bulk of Wright’s analysis of the Italian village of the title, it feels as though we are only hearing half of the story. The female villagers appear only in the periphery as the wives of the Piazza gang, who nag their unwilling husbands to be home in time for their lunchtime pasta to be ‘al dente’.

Interspersed with the descriptions of rhythmic village life are episodes in which Wright travels around Italy in his capacity as an artist painting murals in the homes of the rich. One chapter is given over to a work-trip to America which, while interesting, seems a little incongruent in what is a relatively short book about Italy.

One section in which Paul lives with two decorators on the Italian Riviera for the sake of a work project is a brilliant portrayal of the domestic habits of Italians, providing some of the best culture-clash observations of the book.

Wright’s book is an insightful and often funny depiction of Italian life. One anecdote in particular about a feast dedicated entirely to frog dishes might make Brits dreaming of the good life in Italy think twice!

An Italian Village: A Perspective on Life beside Lake Como, by Paul Wright, is published by Earlswood Press, 256 pages, £8.99