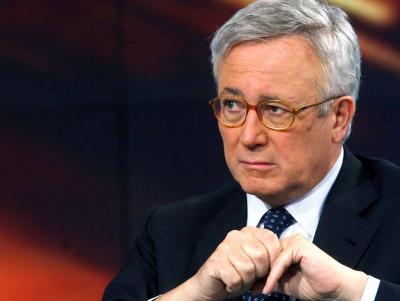 MILAN – The former finance minister for Berlusconi’s government, Giulio Tremonti, is under investigation for allegedly taking a 2.4 million euro bribe from Finmeccanica in 2009.

The Corriere della Sera reported that the investigation by Milan prosecutors surrounds an alleged bribe paid to the then minister by the aerospace and security company in return for government help with their takeover of U.S company DRS.

The Carabinieri have raided the Milan offices of centre-right politician Tremonti, and the case is expected to come before a Milan tribunal within the next two weeks.

Tremonti has denied the allegations, claiming that he “never asked or pushed for anything.”

The money is believed to have been buried in a false transaction between Finmeccanica and Tremonti’s own private firm, Vitagli Romagnoli Piccardi & Associati, for invented financial consultancy services.

This incident is not the first time that Tremonti’s finances have come under legal scrutiny. Last year he succeeded in negotiating a four month prison sentence down to a fine, after being found guilty of fraud in a case concerning the renting of his Rome apartment to former adviser Marco Milanese.

Under investigation alongside Tremonti are Finmeccanica executives Pierfrancesco Guarguaglini and Alessandro Pansa.

The company has been the target of numerous fraud investigations over recent years.

In fact, the first hint of Tremonti’s alleged involvement came in the 2010 testimony of Finmeccanica advisor Lorenzo Cola in a separate fraud case, who was subsequently jailed for three years and four months.