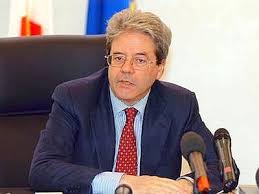 ROME – The new foreign minister is to be experienced politician Paolo Gentiloni despite speculation that Prime Minister Renzi would favour a female candidate.

Speculation over the appointment of a new foreign minister has been rife as Renzi struggled to balance experience in foreign affairs and maintaining the number of women in his cabinet.

Former Foreign Minister Federica Mogherini took her leave from the Italian parliament on Friday as she goes to take up her new position in the EU Executive Commission as foreign policy chief on Nov 1.

It appeared that finding a suitable successor proved a headache for Renzi, who wanted to prioritise female candidates for the high-profile position, possibly passing over more experienced candidates in order to do so. The current government has only 30 percent of ministerial positions filled by women, appointing a male foreign secretary could consequently be viewed as a step backwards.

The decision to appoint Gentiloni was apparently last minute as the Prime Minister allegedly clashed with President Napolitano over the decision. A friend of the politician told reporters that “last night he [Gentiloni] didn’t know anything about it.”

An obvious choice would have been Foreign Office undersecretary Lapo Pistelli, whose experience in foreign affairs places him on the shortlist. However as well as his gender his past opposition to Renzi for the leadership of the Democratic Party could have worked against him.

Other options discussed by the media were current Vice-President of the Chamber Marina Sereni, and current European minister Simona Bonafè. However, Bonafè at least eliminated herself from the list, telling reporter’s “I’m fine where I am, thank you.”

The Corriere della Sera, meanwhile, tipped 32-year-old Lia Quartapelle for the job. Quartapelle would certainly have been an outsider choice having only been elected to parliament in 2013.

Gentiloni has certainly had a long political career, possibly making him a relatively safe pair of hands. He has not held a ministerial position however since 2008, when he served as Communications Minister.