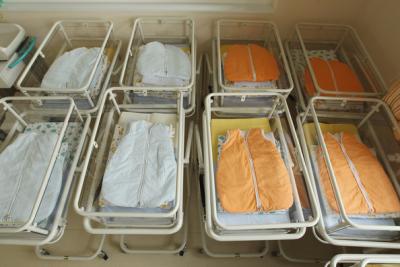 ROME – 2013 saw the lowest birth rate in southern Italy since 1861, with deaths exceeding births for the first time since the end of the First World War.

The south of Italy, which is in its seventh year of recession, only saw the birth of 177,000 children this year. Even more troubling is the fact that the death rate has surpassed the birth rate, which has only happened before in isolated extreme circumstances, such as after the end of the Third War of Independence in 1867, and after World War One in 1918.

According to a report by statistical agency SVIMEZ, the South is destined to lose 4.2 million inhabitants over the next 50 years and will “be affected in the next few years from a demographic upheaval and a tsunami of unforeseeable consequences…”

The economically embattled South fell to just 56% of the GDP of the North of Italy in 2013, falling by 3.5% in that year alone.

The combination of economic stagnation, extreme lack of well paying jobs, and the ever increasing cost of raising children in Italy are all contributing factors to the birth crisis now being faced.

The population decrease will severely affect the South’s ability to replenish labor, which will in turn decrease their ability to produce goods for export, which are the lifeblood of Southern Italy’s economy.

Over 80 percent of the job losses in the first quarter of 2014 were in the South of Italy, and the economy shows no sign of turning around anytime soon.