Napolitano “knew nothing” of mafia deals 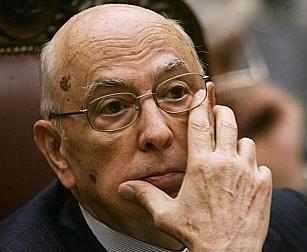 ROME – Italian President Giorgio Napolitano gave evidence at the Quirinale on Tuesday on relations between the Mafia and the state in the 1990s.

The Palermo court had transferred to the Palazzo Quirinale in Rome especially to hear the testimony of the 89-year-old, which lasted for three hours.

The court proceedings surround alleged cooperation between the state and the mafia in the summer of 1993, in the months following Mafia bombing attacks. One such attack on May 27 of that year in the centre of Florence killed five people.

At the time Napolitano was Speaker of the House of Representatives. On Tuesday he denied all knowledge of any “negotiations” between the government and mob leaders to bring the bombing campaign to a halt.

The hearing has been closed to the press, however an official statement announced that the President answered every question asked of him, “which didn’t compromise confidentiality concerns linked to his constitutional obligations.”

Reports circulated that Napolitano repeatedly made reference to his right as head of state to not disclose information which pertained to that role.

He was particularly questioned about his former legal adviser Loris d’Ambrosio, who before his death in 2012 had reportedly spoken of “unspeakable agreements.” Napolitano affirmed that his relationship with d’Ambrosio had been professional, and that “the word ‘negotiation’ was never used.”

The hearing also inquired into an alleged Mafia plot to assassinate the then-Speaker in 1993, to which Napolitano responded that he had never been “worried in the slightest.”

Mobile phones and tablets have been banned from the courtroom, with a full, official transcript of proceedings expected to be made public in the following days.

Napolitano, the second-oldest elected head of state in the world after Zimbabwe leader Robert Mugabe, has already hinted that he will retire before his ninetieth birthday in June next year.

Meanwhile, a politician for the leading Democratic Party has been arrested for links with the ‘ndrangheta Calabrian Mafia in the ongoing saga of corruption surrounding the 2015 Expo World Exhibition in Milan.

The former councillor for Rho in Lombardy, Luigi Calogero Addisi, is accused of abuse of office as well as money laundering, and aiding and abetting organised crime. His arrest came as part of a sting on Tuesday morning in which 13 were arrested across Lombardy and Calabria.