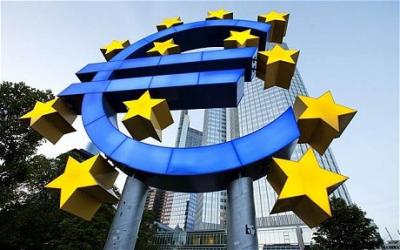 ROME - The new European Commission looks more like an experiment in balancing opposite forces than an institution that is run by some kind of governance.

It will probably end up being paralysed by internal conflicts, which is the last thing it needs.

During the Commission presided over by José Manuel Barroso (2004-2014), Europe has become more and more marginal in the international arena, bogged down by the internal division between the North and the South of Europe.

We are going back to a new Thirty Years War - which took place nearly five centuries ago - between Catholics and Protestants. Catholics are considered profligate spenders, and there is a moral approach to economics from the Protestant side.

The Germans, for example, have transformed debt into a financial “sin”.  The large majority of Germans support the stern position of their government that fiscal sacrifice is the only way to salvation, and the looming economic slowdown will only strengthen that feeling. As a result, the handling of Europe’s internal governance crisis has largely pushed Europe to the sidelines of the world.

It is a mystery why it is in the interests of Europe to push Russia into a structural alliance with China and, in such a fragile moment, inflict on itself losses of trade and investment with Russia which could reach 40 billion euros next year.

The latest issue of the prestigious Foreign Affairs magazine - the bible of the U.S. elite - carries a long and detailed article on Why the Ukraine Crisis is the West’s Fault by Chicago academic John J. Mearsheimer. He documents how the offer to Ukraine to join the North Atlantic Treaty Organisation (NATO) was the last of a number of hostile steps that pushed Russian President Vladimir Putin to stop a clear process of encroachment.

Mearsheimer wonders how all this was in the long term interests of the United States, beyond some small circles, and why Europe followed. But politics now has only a short-term horizon, and priorities are becoming conditioned by that approach.

A good example is how European states (with the exception of the Nordic states), have been slashing their international cooperation budgets. Not only have Spain, Italy, Portugal - and of course Greece - practically eliminated their official development assistance (ODA) budgets, but France, Belgium and Austria have also been following suit. Meanwhile China has been investing heavily in Africa, Latin America and, of course, Asia where the term “cooperation” would not be the most appropriate.

But the best example of Europe’s inability to be in sync with reality is the last cut in the Erasmus programme, which sends tens of thousands of students every year to another European country. Has it been overlooked that one million babies have been born to couples who met during their Erasmus scholarships, and that this programme is being cut at a moment when anti-Europe parties are sprouting everywhere?

In fact, education - and especially culture (and medical assistance) - are under a continuous reduction in spending. As Giulio Tremonti, Finance Minister under Italian Prime Minister Silvio Berlusconi, famously said, “you don’t eat with culture.”

The per capita budget for culture in southern Europe is now one-seventh that of northern Europe. Italy, which according to UNESCO holds 50 percent of Europe’s cultural heritage, has just decided in its latest budget to open up 100 jobs in the archaeological field with a gross monthly salary of 430 euros. In today’s market, this is half what a maid receives for 20 hours of work a week.

Italian politicians do not say so explicitly, but they believe that there is already such rich heritage that there is no need for further investment and, anyhow, the tourists continue to arrive. The budget for all Italian museums combined is close to the budget of the New York Metropolitan Museum. In the real world, this is like somebody who wants to live by showing the mummified body of his great grandmother for the price of a ticket!

It can be said that, in a moment of crisis, the budget for culture can be frozen because there are more urgent needs. But no need is more urgent than to keep Europe running in the international competition in order to ensure a future for its citizens. And yet, the budget for research and development, which is essential for staying in the race, is also being cut year by year.

Let us look at the situation since 2009. Spain has reduced investment in R&D by 40 percent, which has led to a 40 per cent cut in financing for projects and a 30 per cent cut in human resources. Italian universities have witnessed a total cut of 20 percent in spending which has meant a reduction of 80 per cent in hiring and 100 per cent in projects, while 40 per cent of PhD courses have disappeared.

France has cut hiring in centres of research by 25 per cent and in universities by 20 per cent. Less than 10 per cent of demand for projects receives financing because funds are no longer available.

Greece has cut budget for centres of research and universities by 50 per cent since 2011, and has frozen the hiring of any new researchers.

In the same period in Portugal, universities and research centres have suffered a cut of 50 per cent, the number of scholarships for PhDs has been cut by 40 per cent and post-doctoral courses by 65 per cent.

It is important to recall that the Lisbon Strategy, the action programme for jobs and growth adopted in 2000, aimed to  make the European Union the “most competitive and dynamic knowledge-based economy in the world, capable of sustainable economic growth with more and better jobs and greater social cohesion” by 2010. Not only were most of its objectives not achieved in 2010, but Europe continues to slide backwards. The Lisbon Strategy had set a target of three per cent of GNP for R&D, but southern Europe is now below 1.5 percent.

A notable exception is the United Kingdom. The current government, which works in strong synchronicity with the City and its industrial constituency, has funded a 6 billion euro “Innovation and Research Strategy for Growth” plan to the applause of the private sector.

China is steadily increasing steadily its R&D budget, which is now three per cent (what the Lisbon Strategy had set for Europe), but it aims to reach six per cent of GNP by 2020 and, in just seven years, China has become the largest producer of solar energy, bankrupting several U.S. and European companies.

Is cutting Europe’s future in international competition really in the interests of Germany? Or it is that politics are losing the view of the forest while they discuss how many trees to cut, to reach a compromise between the Catholics and the Protestants?

We are now making of economics a moral science, which makes of Europe an unusual world.