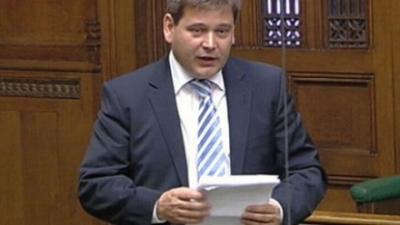 The Conservative MP for Leicestershire Andrew Bridgen once again brought the scandalous issue before the House of Commons on Thursday.

Hopes that Italian Prime Minister Matteo Renzi’s government would work swiftly to resolve the currently discriminatory system have so far been unfulfilled. Mr Bridgen drew attention to the fact that despite the Italian government promising to intervene in July this year, nothing has yet happened.

Responding to Mr Bridgen’s questions, Mr Hague, Leader of the House of Commons, assured that the matter remained of high importance for the U.K government, and that further meetings would be sought between the Italian education Minister and the British ambassador in Rome.

Under the current Gelmini Law, 31 British and 58 other non-Italian lecturers working in Italian universities have seen their salaries cut by up to 60 per cent, a move lambasted by Mr Bridgens as a “practise of discrimination, which is in breach of all European treaties.”

Successive Italian leaders have failed to address the issue, which has been ongoing for many years. Mr Hague’s statement on behalf of the U.K government confirms that the matter has not been forgotten, however a solution is still no closer to being decided.