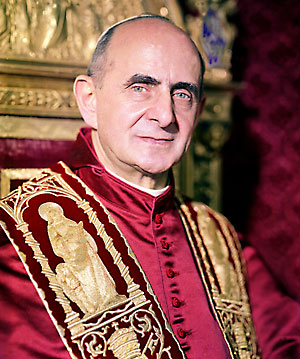 VATICAN CITY – As Pope Francis’ landmark family synod draws to a close, the Vatican prepares for the beatification of Pope Paul VI on Sunday.

Crowds of up to 100,000 people are expected to flock to St Peter’s square for the morning ceremony, including around 5,000 from the pontiff’s hometown of Brescia.

The miracle recorded by the church, which has allowed the beatification, took place in 2001 in the U.S. A pregnant woman, despite advice from doctors to abort her child due to a rupture of the amniotic sac, instead chose, on the advice of a nun who had known Paul VI, to pray to the former pontiff. Her child was born healthy and is now a teenager.

In Dec 2013 a committee certified the miracle as proof of the intervention of Paul VI, clearing the way for his beatification.

During his time as pope in the 1960s and 70s Paul VI, born Giovani Montini, faced a global political movement towards the legalisation of abortion. He also became the first modern pope to travel widely outside of Italy, visiting six continents.