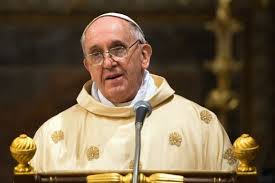 No details of the audience in the Vatican were released except to say that Gursoy made the visit to bid farewell to Francis since the ambassador is leaving Rome at the end of his assignment at the end of this month and will return to academic life in Turkey.

However diplomatic sources confirmed that the pope told the Turkish envoy he is looking forward to visiting Turkey during a planned trip at the end of November after which the pontiff also is expected to visit Armenia.

Rome’s La Repubblica newspaper disclosed that the pope plans to visit Turkey Nov. 29-30 to mark the feast day of St. Andrew, the founder of the Church of Constantinople.

Francis first was invited to Turkey earlier this summer by Bartholomew, the Orthodox Patriarch, who recently travelled to the Vatican from Turkey to take part in prayers for peace between the Argentinian pope and Israeli and Palestinian leaders, according to Repubblica and diplomatic sources.

The visit is expected to be announced officially once newly-installed Turkish President Recep Erdogan issues a formal invitation to the Roman Catholic leader to come to Turkey.

Francis is expected to visit Ankara Nov.29 and then to travel to Istanbul to celebrate the feast of St.Andrew there Nov.30.

Francis is expected to use the visit to urge an end to the killing of Middle Eastern Christians in Iraq and Syria. 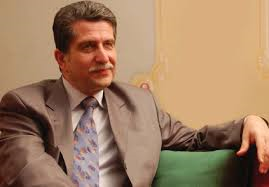