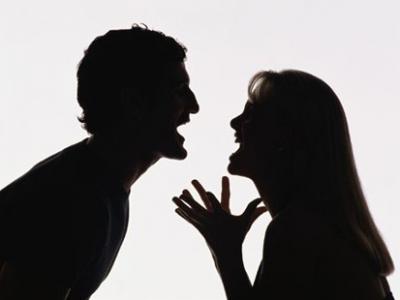 SICILY-- It is often said, with much reason, that the two best methods of learning a language are finding yourself in either of these contrasting states-- suffering near famine in a country the language of which you are completely ignorant, or, more fortunately, enjoying a lover who is completely ignorant of what you are saying.

With great optimism I am going to assume famine is on the decline and love is on the upsurge. I do feel however, that there is a need for a guide to Latin words for would-be Latin lovers. Their meanings can metamorphosize, in their journey from Italian into English - they turn into snakes in the grass, or rather, between the sheets.

Let me explain. I have constructed an appallingly banal declaration of love, in English, on the hypothesis that either a gentleman or lady has managed to manoeuvre his or her partner into bed:

Darling. Finally! I have never come across anybody like you...so fastidious in all your manifestations, so sophisticated.What went on in the office today made me so derangedthat the subjectof love was far from my thoughts and – would you believe it – I was only able to think of you spasmodically. . Let me touch that magnificent skin of yours… my god, but how softyou are.

These few poor lines in italics contain five linguistic landmines (printed in normal lettering) for Latin lovers who are not conversant with how many words of Latin origin radically changed their meaning when years ago, wet and soggy, they struggled up onto English shores.

Usually, English people without much knowledge of Italian assume that you simply need to add an ‘o’ to a Latin word and it will in some way be understood by Italians; and Italians, (some) hope that by taking ‘o’s’ off Italian words some sort of Anglosaxon meaning will emerge.

In bed, if your lover is addressed as fastidioso/a he or she will probably slap you violently, since as the word means irritating or annoying. Sophisticatedmight pass, but it could equally be taken, particularly in the context, to mean artificial or false. The Italian original of derangedin the above context was almost certainly nervoso– which doesn’t mean nervous and certainly doesn’t mean timid: it can describe anything from a rabidly angry dog to a mildly irritated husband.

The word ‘subject’is usually translated as argomento, which on the other linguistic side can easily lead the partner to suspect that a row is in the offing. You can use the word spasmodicallyin English to mean occasionally, but if you put it directly into Italian it means a medical condition, denoting physical writhing. Softis a real problem: the word in Italian is morbidoand many-a lady would pale at the prospect of being described as morbid in bed.

Everybody has their favourite story about bad translations. Wars have started and negotiations have failed owing to the misconstruction of meanings.

Many years ago I bought a nineteenth century Italian/English phrasebook containing the phrase: A man is drowning: shall I /shall I not save him?Although it’s fascinating why muscular Victorian Christians needed to search for words on Lake Como, before plunging in to save a soul for a Protestant Christ as against a Popish one, it does underline the importance of translation, albeit in a rather picturesque way.

There are of course various levels of translations. Those who deny their own undoubted talents to reveal the work of foreign geniuses to countries that do not speak their languages ought to be admired. I understand there is a controversy about the early translators of the Russians into English; I do not begin to understand it, but I read their work when I was an adolescent, and my first girl friend was Natasha, in War and Peaceand I have them to thank for her. I haven’t the humility or the patience, not to say the great talent, to attempt a large-scale literary translation- but they are an unsung group of artists.

The translator obtains certain free perks. He learns the real meaning of all those words we habitually consume in our reading without really knowing what they actually mean. When we come across them in our reading they are simply blurred objects on either side of the main path of what we think we are understanding. The other perk - but you don’t need to be a translator for this - is that it does help in the ever-present problem of language change. The subject is too long and difficult to go into here, but perhaps two examples might be appropriate, in that they are both Latin. Superficial: when I do my geological translations it means ground surface. Prestigious: this is a classic example and a favourite one with pedants – the original meaning is, and I quote from the Shorter Oxford Dictionary, “practising juggling or legerdemain”.

An interesting example of this is Per Carità!. Anybody who knows Italian at all will recognise that that phrase can express any number of meanings. Here are only a few of them:

Please do not kill/rape me; Not again, you really are a bore; Can you spare me a dime; Don’t repeat it, please; For the Church, thank-you; You must be mad to say a thing like that; Do shut up; Please don’t show it to me, I really can’t stand it; How could you ever think I would ever make such a suggestion; How could you ever sink so low; Please, it’s your turn to go before me; Of course !:You are absolutely right and I am absolutely wrong…and so on.

The list is never-ending: there are many more meanings and sub-meanings for any ear. And per carità is a very simple problem.

Some  years ago in Rome I gave a piece of traditional carved Sicilian wooden cart to an American friend who had just arrived from the States. She loved it and decided she wanted to clean it up. Dictionary in hand, she constructed what she needed to say to a shopkeeper in Trastevere. She wanted a wax polish to do the job. The dictionary could not distinguish, nor could she, between the substance of wood and the concentration of its growth in the form of a forest; nor could it see any difference between a wax polish and a national of Poland. As a result, she concocted the following phrase in Italian: voglio un polacco per luccidare il boscoor, in English, I want a Polish man to shine the forest.

To the everlasting glory of humanity the shopkeeper whisked out a can of wax polish without a second thought. It strikes me that we surely need more people like that in every Government. He, like translators, instinctively understood differences of meaning and acted to harmonize them-a skill which surely ought to be a pre-requisite of every politician, should it not?