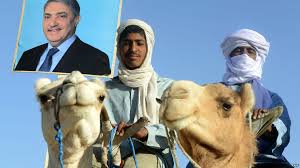 The reforms are intended to pass some responsibilities from the president to the prime minister and make government officials more accountable to parliament.

The broad aim of the proposals is to establish a smooth transition of power should Mr Bouteflika be unable to see out his term in office. The 77-year-old was sworn in for a fourth-term as president in April, but is wheelchair bound and has rarely been seen in public after suffering a stroke in 2013.

“This will reinforce the separation of powers, strengthen the independence of justice and of parliament and affirm the role and rights of the opposition,” said Mr Ouyahia, Mr Bouteflika’s current chief of staff. Official consultations began on June 2, although most of the opposition leaders – whether secular or Islamist rivals – have declined Mr Bouteflika’s invitation to debate the proposed changes.

For Ali Benflis, the president’s main opponent in April’s election: “Bouteflika’s constitutional reform package is absolute political nonsense and reveals the concerns of the regime but certainly not those of a people waiting for change.” Mr Bouteflika is one of the main architects of the current Algerian political system. During his 15-year rule, he has, according to his critics, allowed a cadre of bureaucrats and state-sponsored tycoons to exert great influence over the country’s affairs. But the civil war in the 1990s, which claimed up to 200,000 lives, continues to cast a long shadow over the country and has left many ordinary people circumspect about change.

So far, the Algerian political system has allowed a form of multi-¬ party politics that appears to co-opt some political figures and undermine others. The main Islamist party, FIS, which won the 1992 parliamentary elections by a landslide, is still banned. But times are changing. While the president is pushing for constitutional talks, about 400 members of the Algerian opposition met in Algiers on June 10 in what has been described as the largest assembly of forces opposing the president.

The conference which has been organised by the Coordination for Liberties and Democratic Transition – a coalition of political leaders, human rights activists, banned FIS party members and academics – aims to put an end to the political and institutional stalemate and build a cohesive bloc of the Algerian opposition.

This umbrella group devised a political manifesto, known as the “conference platform”, which maps out a transition to a more transparent and democratic government, and calls for “the appointment of a transitional government, the establishment of a consensual constitution for Algeria ... and the creation of an independent commission to supervise elections”.

The opposition believes that the political system has reached its limits and it is vital to modernise it. This group is also convinced that the majority of Algerians share its beliefs. They believe that last April’s presidential election – which swept Mr Bouteflika back into power with 81.5 per cent of the vote – was a defining moment in the degeneration of the system. Many observers claim the opposition meeting represented an important milestone in the process of wholesale change. In reality, the conference served to wipe out the notion of the opposition being divided between Islamist conservatives and Secularist modernists. Many in the Coordination for Liberties and Democratic Transition (CLDT), a coalition of Islamist and secular political groups, asked for a complete rupture with the present political system and called for the Algerian army to step up to the plate and help organise a transition to a third republic.

By doing this, the coalition argued, the army would save the country from downfall. Unsurprisingly, the government has so far ignored the recommendations of the CLDT. In his last press conference, Mr Ouyahia declared that “Algeria has long-standing democratic institutions and does not need a transition”. On the one hand stands a president willing to conduct constitutional reforms and on the other is an opposition group who argues those reforms are inadequate. Something will have to give, somewhere, sometime. Dr Abdelkader Cheref is a professor at the State University of New York at Potsdam. This article first appeared in The National, Abu Dhabi. 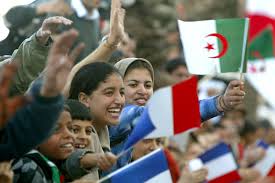