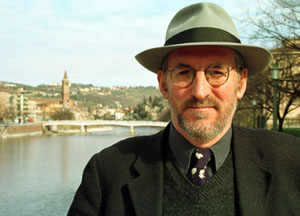 VERONA - I have taught at the University of Verona for 30 years - The only advice I can offer Italian students seeking a career in academia is to leave Italy. Similarly, I would advise foreign teachers and academics seeking a share of la dolce vita to think carefully before coming.

It is impossible to have a meaningful conversation about Italian universities without mentioning raccomandazioni: the systematic rigging of appointment processes to favour candidates with family friends and connections over those competing on merit alone.

Writing in Italian magazine Panorama in 1995, a former president of the Italian Senate, Marcello Pera, described it as scandalous. “The Italian university no longer exists,” he wrote. “It is dead. It has been killed by a political class that is irresponsible, guilty, short-sighted, homicidal and suicidal…To ask this political class to provide a remedy for the cemetery it has left behind is like asking the capo dei capi [godfather] to solve the Mafia problem.”

The result is so-called education run by and for the benefit of so-called educators. The net losers are the talented Italian students who are obliged to flee the country to study and work; the less fortunate ones stay despite having no realistic possibility of acquiring from an Italian university the skills that would render them employable.

My first job in Italy was managing a private language school in Padua in 1982. My Italian wife was working in Brescia, 150km away. Our daughter was born in 1983. My father came for her birth and was diagnosed in the Padua hospital with terminal cancer. He accepted his fate, and it was agreed by the doctors that he should receive palliative treatment only. As a greenhorn in Italy, I could not understand why his morphine did not arrive until a young Italian doctor asked if I was “tipping” the head nurse.

The University of Verona employed me in 1984 as a lettore (literally, a reader): a self-employed professional denied (illegally) social security and pension contributions. The contract was for one year, renewable for a maximum of five more. I taught English language and literature and was a full member of the examining boards, setting and grading both written and oral exams and working on the supervision of theses.

After working for only three weeks, I was advised to stop because the money to pay our wages had not arrived from the ministry in Rome. A strike resolved the problem. Meanwhile, my wife got a transfer to work nearer Verona, at the cost of a month’s salary in the form of a cash donation to a trade union official.

My experience is not unique. All non-Italian academics are treated this way. There have been six judgments in favour of lettori in the European Court of Justice as well as thousands of lawsuits in Italy: a veritable blizzard of Bleak Houses. Italy did change its legislation in 1995, requiring us to be given open-ended contracts in line with Italian teaching staff. But, unlike Italians, we had to accept downgraded pay and conditions as laboratory technicians. The experience led us, in 1997, to set up the Association of Foreign Lecturers in Italy to press our case for fair treatment.

Along with 13 other Verona lettori, I refused to sign the new contract. As a result, we were ordered out of the faculty offices and our names were deleted from the internal phone books and from the doors of our office. Then we were officially sacked – only being reinstated four years later by the Italian Supreme Court. We are currently working, without a contract, under the protection of that judgment.

My daughter left Italy in 2000, bitterly complaining that, with her foreign surname, fair treatment in the Italian higher education system, even as a student, would be impossible. She did her degree, instead, at Edinburgh Napier University.

Her bitterness is diminishing and she now visits Italy more frequently – seduced, as we all are, by its beauty, splendid art treasures, architecture, weather, seaside, mountains, pizzas and ice cream. But returning to her birthplace to work is still not an option she would consider.

David Petrie is a lettore at the University of Verona and chair of Allsi, the Association of Foreign Lecturers in Italy. This article first appeared in the Times Higher Education Supplement. 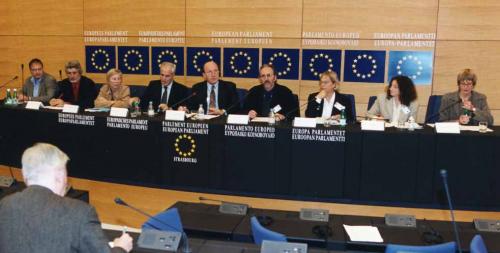