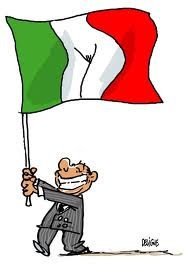 TURIN-After five years of bailouts, recession and austerity measures across Europe, the makeup of its parliament looks set to change. On Sunday Italy will vote in the European Parliament elections, electing 71 MEPs for a fixed five year term in Brussels.

Political analysts and commentators predict that this year’s elections will see a surge in parties from the far left and right as voters seek an alternative to the current system amid the present climate of distrust and resentment towards politics in Europe. It is predicted that up to 25 percent of the seats will go to parties at both extremes of the political spectrum. Italy reflects this trend rather well and Sunday will see the debut of Beppe Grillo’s Five Star Movement (M5S) on the European Stage.

M5S have been shaking up Italian politics over the last two years and look set to bring their anarchic brand of big tent politics to Brussels in style. Opinion polls predict that the Five Star Movement will become Italy’s second largest party in Europe with 24% of the vote and 19 seats. This could have a major influence on the workings of the parliament as MP’s elected from M5S would not attach themselves to any of the political groups in Europe. Another debutante from Italy is The Other Europe, a radical left wing group founded in Rome in March and class the esteemed crime writer Andrea Camilleri (of Montalbano fame) among their supporters. Polls predict they will take home 4% of the vote and win three seats.

The other Europe are supporting radical Greek politician Alexis Tsiparas in his bid to become president of the European Comission. Tsiparas is seeking to reverse the neo-liberal politics of Andrea Merkel in Europe, which he feels has crippled his own country and much of southern Europe. All this marks a radical change from the current batch of Italy’s MEPs. At present the national parties in Italy that are best represented are The People of Freedom with 29 MEPs, The Democratic Party with 21 and Lega Nord with 9. Once elected, MEPs join a pan-European party which is roughly in line with their own party’s stance on European issues. Currently, The People of Freedom sit with the European People’s Party, a center right party based on democracy, responsibility and a social market economy. The EPP is currently the largest group in the European Parliament, holding 274 of the 766 MEPs.

The Democratic Party align themselves with the Progressive Alliance of Social Democrats, a left of centre party that is currently the second largest party in the EP with 195 seats. Lega Nord form a key part of the Europe of Freedom and Democracy group, a Eurosceptic group on the far right of European politics. These represent the smallest group within the EP and hold 33 seats. What this anti-European wave will mean for the future of the EU is uncertain. Hannes Swoboda, Austrian MEP for the Alliance of Socialists and Democrats played down the idea of any panic within the Brussels chambers.

‘These people will be an increased minority, but one should not suggest that they can dominate the centre of the European Parliament. The decisions are taken in the centre with parties like the EPP, Social Democrats, the Liberals and the Greens. For the image of Europe it’s perhaps a little disaster’ he told Talking Europe.

The debate in Italy is reflective of the wider debate across Europe as a whole; it’s not only Beppe Grillo, but Nigel Farage, Marine Le Pen, and Alexis Tsiparas who are all eagerly waiting in the wings.