Sant’Egidio’s no to war in Mali 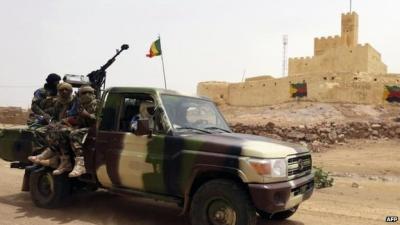 ROME-Following recent violent clashes in Kidal the Community of Sant’Egidio appealed Thursday for renewed dialogue between the government and the armed movements of northern Mali.

The fighting which took place last Saturday in Mali between government soldiers and members of the National Movement for the Liberation of Azawad led to many deaths and injuries, and it is believed that the unstable situation in the region could lead to the resumption of war.

Sant’Egidio Community asked the leaders of the MNLA to free 28 Malian imprisoned soldiers and workers as a peaceful gesture, and to allow for the restitution of the Kidal governor’s office, currently occupied by MNLA soldiers.

Wednedsay evening the 28 prisoners were freed and handed over to the UN peacekeeping forces operating in the area. Sant’Egidio has also received a commitment form MNLA leaders that they will give back the governor’s office.

The Community has been working towards a resumption of negotiations between the government and the MNLA, based on the agreements signed in Ouagadougou in June 2013.