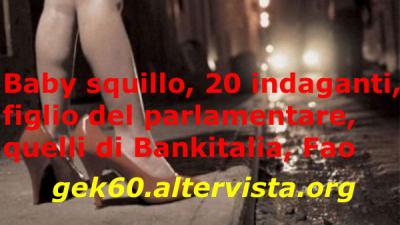 ROME – UN food agencies strongly deny Italian media reports that staff are being investigated for exploiting under-age call girls -but judicial sources identified at least one U.N. staffer whose office cellphone was used to contact a network of girls as young as age 14 based in the posh Parioli district of Rome, and said at least three others are being investigated.

Judicial sources cautioned that at least one purported client of the girls, a senior Bank of Italy official, had been able to prove that the calls were made from his work mobile by somebody else. In the wake of the central banker’s embarrassment prosecutors slapped a blackout on further media identification of suspects, sparking protests from some newspapers who said protecting privacy means that clients will seek other under age "squillo" girls.

The International Fund for Agricultural Development pledged to cooperate with authorities but claimed it is unaware of any staff under investigation. However judicial sources said one of the telephones used by a client of the squillos using the alias "Stefano" was registered in the name of an IFAD employee, identified as R.R. The mobile was registered at the old IFAD headquarters address at Via del Serafico, 107.

Asked about persistent reports that an IFAD staffer was among those under investigation, IFAD’s Newsroom told Italian Insider: "

We would like to take this opportunity to reiterate our earlier statement: IFAD unequivocally condemns any form of criminal activity, including child abuse. Under the agreement governing our relationship with our member states, including Italy, IFAD is required to cooperate with local authorities on such matters and will do so in this case if requested."

The UN Food and Agriculture Organisation in an internal memo to staff on its "Pravda" infranet webcast also denied it has been approached by Italian authorities though Italian media reported repeatedly that three FAO staffers were under investigation.

Some commentators have argued that the handful of suspects named by Italian newspapers, such as Mauro Floriani, husband of Alessandra Mussolini, the granddaughter of Il Duce, were unfairly targeted.

The media reports set off a climate of suspicion at FAO, according to a veteran staffer of the agency. "It’s ‘caccia al mostro’ (hunt the monster) at the FAO now," he told the Insider. 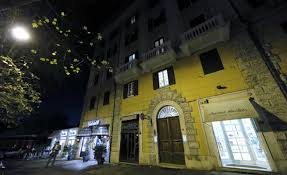