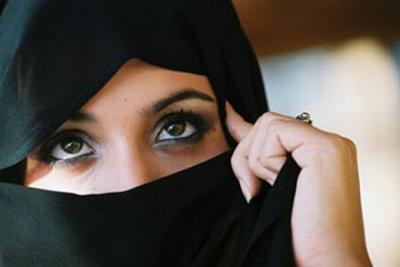 ROME — While France and Belgium debate the merits of a ban on the burka, the Northern League mayor of the Italian town of Novara has forged ahead with a by-law forbidding the wearing of clothes that conceal a person’s identity and levying a €500 (£430) fine on the first person found violating it.

The action by mayor Massimo Giordano is typical of the tough approach to politics of the Northern League, which was founded to – in its opinion – protect the interests of the wealthy, hard-working population of northern Italy from the “lazy parasites” of the south. The League saw its electoral support double in regional elections at the end of March.

Although a hardline right-wing party, its tough stance on immigration and close attention to the material concerns of its constituents has seen the League stealing some of the political clothes of the left and making inroads into traditional socialist bastions in central Italy.

Invoking powers handed to local administrators by Northern League interior minister Roberto Maroni, Mr Giordano incorporated a 1975 anti-terrorism law into the by-laws of his comfortably off and placid mid-sized city half way between Milan and Turin.

Enforcing the new rule, Carabinieri paramilitary police stopped 26-year-old Amel Marmouri as she walked with her husband near a suburban post office. Unemployed Tunisian builder Ben Salah Braim, aged 36, produced identity papers for himself and his wife but refused to allow the removal of her niqab – the full-body cape that leaves only a slit for the eyes – for identification purposes until a female police officer arrived on the scene.

Judges have generally granted an exception on religious grounds to Muslim women found violating the 1975 law, so reactions to the mayor’s tough stance have been mixed.

“Novara is a welcoming city, with a population of 100,000 and about 8,000 immigrants. There are no ghettos and there have been no episodes of racial intolerance,” Mayor Giordano’s spokeswoman said. “As far as I know, this woman is the only person to wear a burka here.”

In an interview with the Turin daily La Stampa, Ms Marmouri said she already only went out once a week, to go to the mosque to pray. “I wear the veil because it is required by Islam, but it is my own choice,” she said.

The Novara council spokeswoman said she was deeply shocked by Mr Braim’s reported announcement that he would respect the law from now on by keeping his wife permanently indoors. “That would be tantamount to kidnap, and the police would have to intervene,” she said.

Souad Sbai, a Moroccan-born opposition MP, said the police should act immediately to protect the woman’s rights. “This episode shows that the burka is not a free choice but really a kind of slavery,” she said.

But her party colleague, Sara Paladini, said it was the mayor’s by-law that was discriminatory. She had concealed her face behind a Western-style hat and scarf outside the same Novara post office without any reaction from the police.

“The measure is not intended to provide better security in town but as an ideological persecution of Muslim women,” Ms Paladini said.

Younis Tawfik, the Iraqi-born president of Turin’s Italo-Arab cultural centre, said the episode was symptomatic of increased Islamophobia in areas governed by the Northern League.

“This poor woman is doubly a victim. The fine is a bit excessive. There should have been an information campaign to make immigrants aware of the new rule before imposing sanctions,” Mr Tawfik said. “Our culture is not represented either by the burka or the bomb. It is a culture of knowledge and tolerance and European civilisation owes it an important debt for having translated and disseminated the works of Aristotle and the Greek philosophers, for example.”

Over the years, the League has come up with shockingly racist headline-grabbing initiatives, from charismatic leader Umberto Bossi’s call for the Italian navy to open fire on “bingo-bongo” immigrants, to calls for separate carriages for immigrants on the Milan underground and bans on new mosques, kebab shops and foreign shop signs.

Max Calderan is particularly well qualified to comment on the controversy. Brought up in the northern town of Pordenone, he has witnessed at first hand the birth and growth of the Northern League and his son voted for the party at the last election.

A desert explorer and Muslim convert, Mr Calderan has set out on a personal mission to spread a message of peace and tolerance centred on Islam. In December he will begin a 900-mile crossing of Saudi Arabia’s Empty Quarter.

The secret to the League’s success was its appeal to local loyalties, he said, but he was confident its attitude would change when second generation Muslim immigrants achieved professional success and the right to vote.

“If the law says you shouldn’t wear a veil, then you don’t wear a veil,” Mr Calderan said. “But I’d also like a law that ensured I wasn’t exposed to tits and bums when I watch television in the afternoon. In my view a woman is deprived of her rights when she is smothered in a burka, but also when she is shown naked on TV.”

Mr Calderan criticised the League’s linkage of Muslim immigrants to crime. “The League is tilting at windmills. It’s pure propaganda,” he said. “The Mafia of Al Capone had its origin in Italian immigration to the United States. History repeats itself.”

Mr Tawfik fears that an aggressive attitude to Islam could end up by provoking a fundamentalist backlash, but he counts on the intelligence and pragmatism of League leaders to avoid it.

“The leaders I have met are by no means hostile to those who are working to encourage integration,” he said.

For all its anti-immigrant and anti-south rhetoric, the League has also consistently shown itself to be flexible and undogmatic. Leader Umberto Bossi is married to a Sicilian, the party has Italy’s first black mayor – African-American Sandy Cane in Viggiu – and one of its senators was elected from the southern island of Lampedusa. 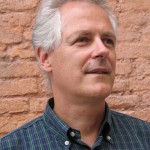