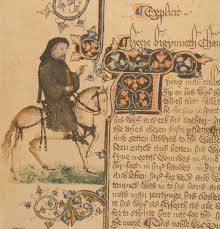 PALERMO, Sicily -I must emphasise that I am neither an anthropologist nor a lexicographer and I cannot claim to belong to any of the other admirable disciplines that investigate origin of language.

Having got that off my chest, I must own up to a private fantasy: I firmly believe nouns were the first sorts of words to emerge in the human race’s clumsy initial attempts at language. It seems to me that those first little nouns must have evolved out of panic grunts warning of encroaching wild beasts, gutteringly uttered by a trembling member of an early humanoid group rushing four-leggedly headlong back to his fellow animals in the safety of their dark damp cave.

Bear with me, if you can. I imagine basic verbs, like killing and eating, came a bit later as the group’s horizons broadened. I may be wildly wrong, but early language must surely have been essential and utilitarian. Adjectives and adverbs give the impression of fitting in later – good eating, bad danger coming slowly or fast…simple concepts like that come with a full stomach or experience gained in avoiding savage animals. Then pronouns and prepositions (I they, before, with) for communication with extra precision. These primitive tongue-tools seemed to have hitched a lift with human spermatozoa - those mysterious packagers of our good, bad, saintly, homicidal and boring  traits that get transmitted to our eternal descendants - because our language abilities have been developing with us now for millions of years.

Over those timeless époques they multiplied and adapted to the growing complexity of human life. Swathes of adjectives were hatched, toolboxes of adverbs, necessaires of pronouns, and spanking new verbs … all of which made human talk less obviously essential, but far more flexible. How all that evolved in early times must have been a shadowy affair – it certainly is for me, but clearly the spermatozoa did their work and language grew into a bouncing baby.

In the few centuries that we have of European written language one can see the development more clearly. Compare Chaucer in English, Dante in Italian and perhaps Montaigne in French with their living equivalents and one is struck by a pristine simplicity no longer attainable by contemporary writers.

The title of this article comes from the Knight's Tale. In Geoffrey Chaucer’s scant fourteenth century words the Smylere leaps into threatening life in all his stark ferocity – a biography in eight simple words: no more are necessary to express all we need about the foul felon. Chaucer didn’t use adverbs or adjectives – or indeed a verb. Of course Chaucer did use verbs, adjectives and adverbs, but he and other early writers seemed to have had recourse to them sparingly and so they hit us much harder than their modern descendents. Smylere is a noun, but a lot of adjectival meaning is released when knyf and cloke are added with a dash of grammatical mortar. He indulged in no adjectives, because he didn’t need them. As you can see I use them heedlessly, because the language bequeathed to me would sound bland to boring without handfuls of them and a few spicy adverbs as well.

If Chaucer had written smylere with a tankard in his hand orsmylere with his arm round a wench, a curtain would rise on a whole new scene with ne’er an adjective being disturbed. But where Chaucer just said knyf, I should now need to say the detestable individual was fingering a fearsomely sharp dagger, or a long bloody kitchen knife and would have to explain he had shoved it up his sleeve behind his back or stuck it into some sort of shoulder holster to get within shouting distance of the gaunt piece of communication that Chaucer tosses at us.

Please forgive me: I have, for God knows how long, been victim of an innocent vision. I see verbs as sleek eels. As up-stream elvers they start elegant meandering down towards the sea. The unimpeded swim through clear waters is short, though. Limiting nouns and egoistical pronouns soon sit firmly astride them – life, my pet dog, I, he, she, they, it, God, the Government. They are also prone to picking up adverbs, nasty little parasites that divert or slow down the flow or colour of the water (quickly, sluggishly, joyfully. deceitfully).

Occasionally they bump up against hard nouns - other beings, destiny, rocks, pebbles, ambitions, depravations or vegetation – which momentarily block them, roll on with them or somehow modify their once streamlined voyage. Sirens in the form of adjectives keep popping up and flaunt themselves shamelessly in front of the nouns, their blue eyes, fluttering eyelids and invitational red lips attempting urgently to seduce them. Working watermen sometimes manage to clean up the watery mess from the banks, but on the whole it’s a losing battle. Nobody seems to care and the wages aren’t all that good anyway.

The eels seem tireless and wriggle though trips without number in their lithe existence. During their billions of collective journeys down stream they worked out an useful shorthand code, for example when carrying father nouns they learnt to use the past imperfect or the past perfect; when dealing with grandparents or ancestors the pluperfect was inevitable; the present was kept aside for wives and lovers and the future for children or their own personal dreams of reaching the Sargasso sea one day. These frequent journeys took their toll on the poor eels. They wore them down, caused ulcers, created tiredness, took the polish off original precision and even led to specialisation. One of them for example, the eel “to be,” has attracted bad company.

It’s not the only one, but when a human user answers “I’m good” to that respectable question “How are you?,” it requires a deal of philosophy to work out if the respondent is contemplating becoming a monk, has just had a good breakfast or is simply enjoying the sun. Over the years many specialised eel-forms have developed, and this has naturally given rise to like-minded adverbs and seductive adjectives which cluster around the newcomers and adapt with astounding rapidity. But all these new eels, together with their apprentice attendants aspire to arrival at the Sargasso sea, where destiny has it they must lay the seeds of a new generation before sinking lifeless deep down to the dark muddy bottom of the reachable world. That is nature.

So what am I blathering about?

Nothing really. It’s just that I prefer to see the Smylere with the Knife under the Cloke in my mind’s eye to some Suspicious Individual with a cynical smirk who, unknown to me, is nursing a razor-sharp butcher’s knife in a smelly sling under his  hairy armpit.

But you can’t go against progress, can you. Any description of the awful cynical man with the smelly armpits cannot avoid sinking to the bottom of the Sargasso sea and making space for a bright, eager new eel carrying shiny, brand new concepts 4U.

A fun read. Thanks!

A fun read. Thanks!