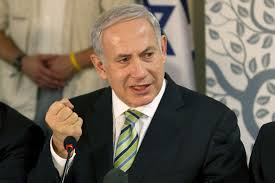 Cape May, NJ--Blaming the Palestinians for the apparent breakdown in Secretary of State John Kerry’s ill-fated shuttle diplomacy is like blaming the victim of a mugging for the crime. Kerry’s diplomacy was always a long shot, and not because the problem is so intractable but because Israel’s government is so ultraconservative and so adamant about its God-given right to “Judea and Samaria” that it was never apparent that an accord could be reached.

The only hope for a deal, if one existed, would have been if Kerry had announced his own plan. It had been reported for quite a while that Kerry had a plan in his back pocket that he was going to announce, outlining the shape of a Palestinian-Israeli accord, according to the American idea. Where is the plan? So far, we haven’t seen it. Now that the talks are faltering, it might be the time for Kerry to show his cards.

The Washington Post headlines its piece, “Obama administration scrambles to rescue foundering Mideast peace talks.” In The New York Times, it’s, "Palestinians Defy U.S. and Israel, Leaving Peace Talks in Peril.” What caused the great kerfuffle is simply that the Palestinians delivered 15 letters to United Nations agencies asking, as is their right, to be admitted as members of those agencies—but not, in a gesture to Israel, to the International Criminal Court, under whose jurisdiction they could have brought war crimes charges against Israel. Until now, the Palestinians had held off on joining UN agencies, mostly a symbolic step, in order not to rile the Israelis. But after months of talks that seemed to go nowhere, the Palestinian Authority president, Mahmoud Abbas, and his allies had apparently had enough.

The immediate trigger for the Palestinian action was Israel’s refusal, so far, to release the fourth batch of Palestinian prisoners from Israeli jails, as called for in an interim agreement in 2013. Prime Minister Benjamin Netanyahu of Israel had balked, and it appears that Kerry was willing to go as far as to offer the release of Jonathan Pollard, who was convicted of spying for Israel, in order to induce cooperation from Israel. Nearly everyone who’s looked at that idea has concluded that it’s a terrible one, and anyway, Pollard has nothing to do with the Israel-Palestinian conflict—so it was just an odd sort of bribe to Netanyahu.

But the flap over the latest group of Palestinian prisoners is only a smokescreen for the fact that Israel has no signs of being willing to budge on giving the Palestinians a viable state in the lands occupied by Israeli forces in 1967—which, of course, would mean returning to the 1967 borders, pulling the Jewish settlers out and giving the Palestinians access to a share of Jerusalem for their capital. Kerry, it seems, had tried to persuade Israel to go along with a formula like that, part of which involved working out arrangements for US troops to take up positions along the Jordan River, on what would be the eastern frontier of a Palestinian state, in order to assuage Israeli security concerns. Lots of other details had been worked out, including how long settlements might stay, how long Israeli and international forces might remain in what’s now the occupied West Bank, and more. And Kerry had apparently made initial steps toward amassing many billions of dollars from international sources—funds for Palestinian economic development, for resettling Palestinian refugees, for moving Jewish settlers and even for compensating Israel for the costs of accepting Jewish refugees from Middle East countries over the past decades.

Were Kerry to release his plan now, it would either (a) reveal that it was so tilted toward Israel that it was hopeless from the start, or (b) put Israel under great pressure to agree to an even-handed plan that has the full support of the United States. In the long history of the Israel-Palestine conflict, the United States has never once announced a plan of its own or declared its own ideas about what an accord might look like. Instead, under president after president, the United States has always said that it’s “up to the two parties.” But with Israel holding nearly all the cards, that means that any agreement would massively favor the Israeli point of view. Yesterday, a frustrated Kerry threw up his hands, canceled a planned trip to the Middle East, and said, “In the end, it is up to the parties.”

Israel has thrown a series of roadblocks up all along the way, including the most recent, new demand that the Palestinians accept Israel “as a Jewish state,” whatever that means. In Israel's view it seems to mean that Palestinians who currently live inside Israel will always be second-class citizens. In the twenty-first century, what state has the chutzpah to declare (and insist) that it is designed exclusively for a particular ethnic or religious bloc? Well, except for various ultra-Islamic countries, many of which do so in order to placate Muslim extremists within their borders, Israelis the only one. That’s fine, if that’s their choice, but why demand that the Palestinians ratify it before a deal?