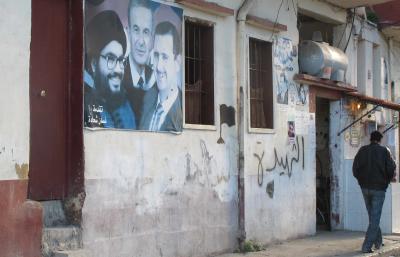 ROME- Syria has long used inertia and stalling to their intended effect, and in the case of handing over its chemical weapons the regime seems to be continuing successfully in the same mold.

A former German diplomat with years of experience in the region, Bente Scheller, focuses precisely on this tactic in her ‘book ’The Wisdom of Syria’s Waiting Game, Foreign Policy under the Assads’’. Released late last year, the book puts aside the domestic considerations of the ongoing conflict – the incessant bombing of civilian areas, avalanches of documentation on regime torture, rising jihadism and millions of displaced citizens –to concentrate specifically on how the Syrian regime has dealt with foreign policy since the collapse of the USSR in 1989.

In so doing it attempts to provide grounds on which to predict the regime’s likely course of action in response to any future UN resolutions, demands from the international community and pledges to engage in political dialogue.

Structured into chapters giving an overview of the regime’s relations with individual nations (those most subject to vicissitudes in recent years: the US, Israel, Turkey, Lebanon, Iran, Iraq and Russia), the book shows that Syria has regularly acted as a ‘spoiler’, supporting insurgency groups in neighboring nations to weaken potential rivals, and that it has systematically reneged on its promises, simply biding its time until the situation changes.

Its aiding of the Kurdistan Workers Party (PKK) to use as a bartering tool against Turkey, while at the same time denying Syrian Kurds the right to have a career in the military or administration and to use and teach their own language - as well as leaving a few hundred thousand without citizenship at all, thereby barring them from property or business ownership, higher education and travel  – is relatively well known among those with an interest in the country.

Less widely studied is the Syrian regime’s support in the ‘80’s for the insurgency group the Armenian Secret Army for the Liberation of Armenia (ASALA), which was invited to move its headquarters to Syria and which the regime used to put pressure on Turkey, as well as its running of busloads of fighters into Iraq for destabilization purposes after the 2003 US-led war against Iraq. Scheller discusses these cases and seems to suggest that there may be substance behind growing claims that the most extremist group currently fighting in Syria - the Islamic State of Iraq and the Levant (ISIL) - may have been created or is at least supported in some way by the Syrian regime.

A number of incidents are put forth to corroborate her thesis that the Syrian regime systematically says one thing and does something quite different. In the chapter on Iraq, for example, Scheller cites the case of the Kirkuk-Banyas pipeline, which the Syrian regime told the international community in 2001 it was ‘’only being used for tests’’, but which carried 150,000 to 200,000 barrels of oil per day for two and a half years. A 2004 report also showed that an estimated 70% of the weapons illegally taken into Iraq had arrived at the Syrian ports of Latakya and Tartous, with many individuals in the regime getting rich off cuts on the shipments.

Syria’s uneven relationship with Iran is parsed, and their initially conflicting and later cooperative approach in Lebanon is explored.

She also takes a closer look at the regime’s much-vaunted claim to being the ‘’defender of the Palestinian people’’, showing it to be a facade exploited for populist purposes.

Scheller warns that Bashar is by no means as much of a ‘’shrewd strategist’’ as his father was, and that unlike the elder’s willingness to be flexible when the situation called for it, the young Assad ‘’has blindly repeated patterns and paradigms without an understanding of their mechanisms, hoping for the situation to adapt to his policy rather than vice versa.’’

She also notes that it was under Bashar than cronyism and corruption flourished – previously kept under some measure of control by his father - and that Bashar has never had anything close to the grip on the country and the administration itself as his predecessor had.

While the rebels have long been criticized for their lack of unity, Scheller points outs that not as much attention has been given to the fact that it is likely that there is really only a semblance of centralized control in Damascus, as well –a possibility that policymakers need to weigh carefully in their decisions, she cautions.

Scheller shoulders the West, and most especially the US, with being highly inconsistent in its dealings with the Syrian regime, due to some extent to alternating governments’ shifting and shuffling of priorities.

Balanced, well-researched and authored by someone who lived and worked in Syria for years and is now based in Lebanon, Scheller’s book steps back from humanitarian considerations and the endless debate on the dangers of jihadism and asks whether, logically and based on prior experience, any sort of diplomatic effort could actually achieve real gains.

With a regime known for reneging on pledges, funding insurgencies and stalling for time - the latest example being only 11% of its declared chemical stockpile and 5% of its most dangerous materials handed over long past the initial agreed-upon deadline – serious doubts are inevitable.

The answer that she comes up with is that international support for a political solution may be ‘’honourable’’, but is sadly ‘’far from feasible’’.

The current chief of the Heinrich Boll Foundation’s Middle East office stresses in her conclusion that the time has come for the international community to discuss other options, before even more damage is done.

'The Wisdom of Syria's Waiting Game, Foreign Policy under the Assads' by Bente Scheller 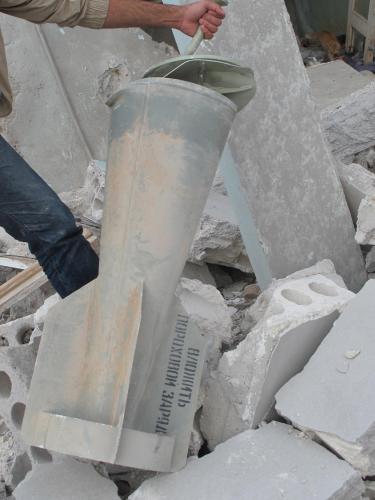