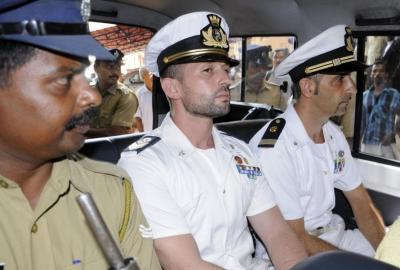 ROME– Foreign Minister Emma Bonino presented the Italian position on the marines dispute with India to the UN Secretary-General last night. In a telephone conversation, Ban Ki-moon expressed surprise at India’s decision to resort to application of anti-terrorist law against the two riflemen and assured Italy of his intention to investigate the issue from the legal point of view, the Italian Foreign Ministry said.

The clarification on the part of Signora Bonino has become necessary in light of the statement by the UN Secretary-Generaly released yesterday in which he made clear his belief that the issue should be resolved bilaterally, rather than with the involvement of the UN, the ministry said.

In response to Ban Ki-moon’s comments, Signora Bonino expressed her “great bitterness and perplexity” in her address to Italian Parliament later that day, adding, however, that the Secretary had promised “comprehension” and “further action towards Indian government”. Meanwhile, the EU member states, whose delegations met yesterday in New York, guaranteed their “unconditional solidarity” and “complete adhesion” with Italy’s position, supporting its quest to bring its soldiers back to their country.

Salvatore Girone e Massimiliano Latorre, deployed as members of a military security team protecting an Italian-flagged oil tanker from pirates in the Laccadive Sea off the Indian coast, allegedly shot two Indian fishermen in February 2012. The two marines, who are now staying at the Italian embassy in Delhi awaiting trial, claim to have mistaken them for pirates, and admit to have fired warning shots only. Now that India has officially removed the possibility of a death penalty, they face up to 10 years in prison.

Minister of Defense, Mario Mauro, who attended a special meeting dedicated to the issue in Palazzo Chigi today, has emphasised the importance of “doing everything possible to clarify the situation”, while stressing the fact that, since the incident in question took place in international waters, it opens up an “international controversy to be addressed in an international context.”