Letter to a "pariah in journalism" 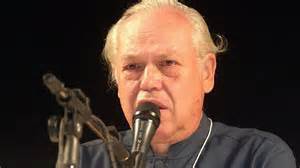 Dear Mr, Phillips,I see that today edition of your paper keeps in its front page the article which containing slanderous allegations about IPS, and not my letter with clarifications.

This runs against the basic principles of ethics and bona fide journalism. It is by now clear that, in your fight against the present Director General of FAO, you have lost all rules of professionalism, and you smear whatever it comes in your way, to reach your objective.

So, first you started a campaign against Lubetkin, the outgoing Director of IPS, since the Director General of FAO appointed Lubetkin as Director of Information. Then you started to smear IPS, as it was associated with Lubetkin.

That smear expanded into times when Lubetkin was not director of IPS. This, despite the modest reach of your publication, has certainly created an irreparable damage to the image of IPS. It is a sad fact of life that a smear campaign makes an impact on civil servants and outside observers, to mechanically tend to take a distance to avoid to be involved in controversies, regardless who is right.

Further to that, your campaign about " a murky succession" has conditioned several candidates to succeed the outgoing director of IPS , in avoiding to get involved in an organization that you have described, as in the letter that you did not publish, as a criminal organization.

That in spite that you have known and declare to respect several IPS professionals, one of which you describe as your mentor at UPI. Therefore, Mr. Phillips, I am writing this letter to consign to history that a 50 years old non profit international association of journalist is becoming what in military terms is called " a collateral damage",thanks to your misguided firing.

This is unprecedented irresponsibility in the profession of journalism, and I am writing this letter to make sure that this fact is recorded.

That this is due to your personal choice or some other elements that determine your doing, makes no difference. Useless to say, this kind of irresponsible behavior will make you a pariah in the world of journalism.