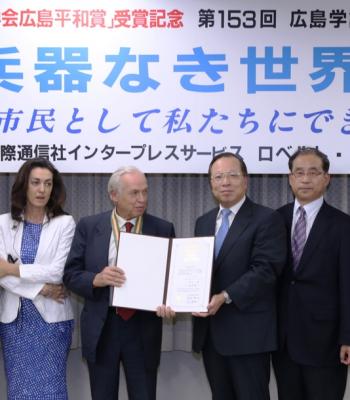 Dear Mr Philips, your allusion to a major fraudulent operation made by IPS in the late 90s, under a  Guardia di Finanza investigation, "where thousands of fake receipts were obtained from the correspondents around the world to keep balance the books", beside being ludicrous, merits some clarification. I was then the DG of IPS, and this impinges on my honesty. First of all, IPS had every year its budget certified by a major international company, in this case Deloitte & Touche. This was done in accordance with the practices of International NGO's and we had that status given to us by Ecosoc, who granted us a category A, which requires the maximum transparency, It is obvious that you have no idea of the strict rules in financial reporting that you have to give to every country for its taxpayer money.

The bulk of support from IPS comes from the Nordic Countries plus Netherlands, which I hope you will recognize well run by their civil servant. So, frequently, we had also audits conducted at random from the various Ministries fro Development, plus the European Union. And IPS was always commended for its financial reporting. In addition, we had every year a meeting with all donor countries, UN system, other International NGO, and all other partners of IPS, in which I did present a comprehensive report. This was our way to provide maximum accountability, and a platform for anybody who had any doubt and questions, and do so publicly. The Guardia di Finanza inspection come because we did dismantle the telex operators. Until the arrival of  internet, communication were made with teleprinters, who required staff punching the tapes with the text to be transmitted. That trade become obsolete, very much like the makers of straw hats. So we had to dismiss some of the operators, who had not the potential to be reallocated for new jobs. In spite of this separation done according to laws and rules, one operator send a denunciation to the Italian public prosecutor, the Judge Cordoba, that you can easily found, was well know for her integrity. So, according to the law, she had to open an enquiry. So we had not one, but two inspections.

The first,.by the Guardia Di Finanza, And the second by the Carabinieri, who were investigating the rumors of corruption in the Italian cooperation, of which IPS was a recipient. Therefore, the Finanza investigated if it was true that we were engaged in money laundering. And the second, how we spent the funds received by the Ministry of Foreign Affairs. As you recognize, no irregularities were found. And it will be useful for your very limited culture on how those investigations are made, to know that  the first thing they do is to seal ALL administrative offices, and the staff can come in only under their control Therefore, there was no way that anybody could have gathered thousand of fake receipt and introduce them under their watch. And common sense should tell you that it would have taken weeks to gather thousand of fake receipts,which would have arrived late for any inspection.

And finally, I am surprised by your view about your colleagues. Do you really think that anybody could write, in IPS, in UPI, or any international agency to all its correspondents, in Africa, Asia, Latin America, US and Europe, and ask for fake receipts without any consequence? Or you think that IPS was a criminal organization? IPS was a cooperative, and all acts were discussed and done only after approval. Do you seriously think that instead of a cooperative, was an organization where massive fraud involving e very one of its 150 members  from all over the world would have been possible? I challenge you to provide a clear answer over this issue, because if there is a clear case for defamation, this is the one. Finally, I would like to stress that Spinelli at that time was not in charge of accounting. There were two heads of department, one for the accounting in Italy and one for the world, who were in charge. Therefore, your accusation about Spinelli is factually wrong, and that it is easy to document. So, may I suggest that you check better your sources? Because if this affirmation is false, by association so are all the others.. Best wishes, Dr. Roberto SavioFounder and President Emeritus of ips