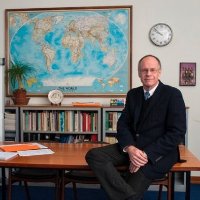 ROME–FAO chief medical officer Cedric Dumont has been reprimanded for offering potentially suicidal staff at the UN agency a course on “managing stress in a changing workplace,” FAO sources say.

Dr Dumont, a Belgian who trained at the university of Liege and in the United States before working for the U.S. State Department, devised the plan after a young Japanese staffer from the Un Food and Agriculture Organisation jumped to his death from the 8th floor of the FAO headquarters in Cairo in March 2012 days before he was due to be medivaced out of Egypt http://www.italianinsider.it/?q=node/1517#overlay=%3Fq%3Dnode%252F1517%252Fedit .

The young man Shinya Abe, became ill through overwork under the lash of FAO’s tyrannical Saudi Arabian, Middle East director, Saad Alotaibi, a nominee of the Saudi royal family, who subsequently was removed and replaced with a veteran Mauritanian manager, Ould Ahmed.

“The relatively new head of medical services had the chutzpah to run a session on managing stress in a changing workplace, seeing as many people are completely fried by the stress,” an FAO staffer told Italian Inbsider, speaking on condition of anonymity. “There was also the suicide in Cairo.It was relieving to see the  MedIcal Service was actually doing this.”

Instead of being praised for his altruistic initiative, however, Dr Dumont bizarrely received a rocket from Director General José Graziano da Silva's office for organizing the course without permission.

“The guy was summoned afterward and told in no uncertain terms is he to do another such thing without approval. i.e., just don't do it again,” said the source, “So much for mental health of staff.”

It was unclear why the Kafkaesque FAO authorities took umbrage at the preventive medicine by the Belgian physician. However Brazilian Dr Graziano has bristled at suggestions that the Japanese suicide is indicative of how existing staff are undervalued at the UN agency as scores of Latin American friends of Dr Graziano have been hired as consultants on salaries of as much as dlrs 20,000 a month.

“The anti-stress course was seen as 'off message' since if you read any internal communications it's all peachy,” an FAO watcher commented.