Letter to the Editor: The origins of IPS 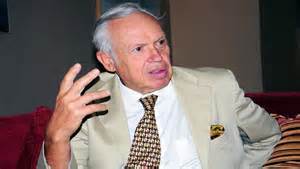 Dear Mr Filipowicz, I am the founder of IPS, and I think It is clear that you are engaged in a hatchet job against the appointment of Mario Lubetkin as Director of Communication of FAO , or may be against the DG of FAO.

But since all the ‘facts’ you quote about IPS are simply divorced from reality, may I ask you how you pretend to imagine that this kind of journalism helps you with the gist of your article? I have many more years as a professional journalism than you (I received the Saint Vincent Award for Journalism, equivalent to Italy’s national journalism award, in 1970 at a time in which I suspect you were not particularly active), so please read what I have to say with some patience. What makes an article valid is the lack of weak points and undocumented affirmations. I am therefore very amused and professionally disappointed in you to discover that IPS was founded by Socialist journalists in the days of Bettino Craxi. When you use dates and their association with persons (be they political figures or milkmen in Ohio), it is always useful to use Google Search or any other search engine, a luxury which your generation can afford, but then again, that would indeed require some work.

If you had done that, you would have found out that IPS was founded in 1964, and at that time I was an active Christian Democrat working with Aldo Moro, and Craxi was nowhere to be found. The ‘fact’ that IPS was allegedly set up to right the North-South information imbalance has also added immense amusement to my Christmas holidays. I am afraid that you do know not much about the UNESCO debate on the New International Information Order (NIIO). The simple fact is that in that debate, IPS was recognised as the main actor in the field and it received Category 1 Consultative Status with the U.N. Economic and Social Council as an international NGO devoted to that task.

Your ignorance of NIIO suggests that you have probably never heard about the Non- Aligned News Agencies Pool, but you might be surprised to learn that it used IPS as its carrier. Then there is also the fact that ALL development agencies came to work with IPS, an unprecedented fact, which meant that IPS had a much wider and qualified audience than your paper. Space does not allow me to tell you more about the many recognitions that IPS received as a bona fide and specialised news agency. Suffice it to say that these, on top of the facts that I have given above, would more than sufficient to refute your spurious conclusions.

What it is even more amusing is that to attack the contract with the Italian Ministry of Foreign Affairs, you seem to believe that the best way to undermine it is to remind your readers that in 1992, during the so-called Mani Pulite Operation, Italian development cooperation was subject to an enquiry about its operations. Now, one the first findings from the magistrates was that IPS operations where all transparent and documented. And I wonder how you could, by association, imply that the Nordic countries and the Netherlands (which, by the way, are the main working partners of IPS, not of Italy, as you can see from IPS’s certified and public budgets), could give public money to IPS in a non-transparent way.

In other words, dear Mr Filipowicz, it is not by collecting gossip that a journalist does a professional job. I am not going to say anything on the issues you raise about Lubetkin.

I left IPS in 2001, and I am not his spokesperson. He appears able enough to take care of himself. But, because all the facts you have been quoting about IPS are simply divorced from reality, may I ask you to what extent you think this kind of journalism helps you with your dirty work against him?

I advise you to leave IPS out of this affair. I will send you the recently-published book on IPS, The Journalists Who Turned The World Upside Down , which came out in Spanish, English and Italian, in which more than 100 contributors (including Nobel Prize winners, former Secretary-Generals of the United Nations, presidents, ministers, leaders of civil society and so on) write about how IPS was meaningful to them. Please take some of you obviously precious time to read, it, and do not attack 50 years of the work of hundreds of journalists who, united in a non-profit organisation, worked under very difficult conditions (five of our journalists were killed for writing the truth), to produce a different information that could bring the world closer together and more peaceful.

With my best wishes,

PS. Before writing about me, please run a Google Search ! 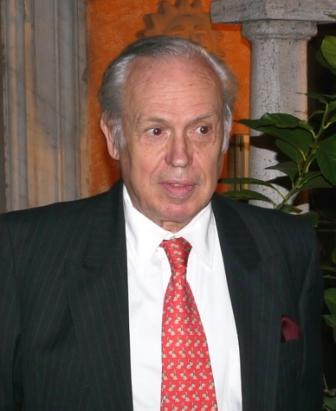