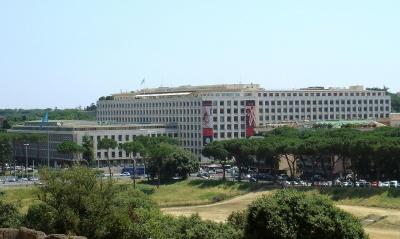 French development worker Margot Tedesco e mailed the PSCC appointments watchdog body of the Un Food and Agriculture Organisation Monday with a copy to ethics officer Maria Abreu asking for information about how she can appeal the decision to reject her in favour of less qualified Senor Toha, nephew of Carolina Toha, leader of the Chilean Socialist Party and Mayor of the Chilean capital Santiago. Four days later she has not received a reply, however.

“I am willing to appeal the decision,” Mlle. Tedesco said. “Too many people keep silent, passively promoting these malpractices. How then will the UN change?”

“I highly appreciated the article and the investigation work you and your colleagues, are doing and have done,” Mlle Tedesco told the Italian Insider from Rwanda, where she is currently working.

“It is particularly important for me because since I have started working in the development field, and even before in France and Italy, I have been working to support medias and journalists to play their role of ‘watch dog’ for democracy, good governance and promoting human rights,” Mlle Tedesco added.

“We all have been, one day in our life, victims, or at least we all have had suspicion of it. And it hurts because,we are asking others to promote gender equality, human rights, good governance, labour rights, etc. but we are not capable to make it respected inside of our own UN "house" … what we promote ‘outside’ (with the developing countries) is not valid for ‘inside,’” Mlle Tedesco added.

Denise Martinez, of Venezuela, currently still working at FAO headquarters in Rome in another position, also has been considering her options after being unfairly rejected so FAO could curry favour with the Chilean Socialists as part of the Latin American bias at the agency since Brazilian agronomist Jose Graziano da Silva became director general last year, FAO sources said.

In Santiago, Senor Toha did not respond to an email from the Insider asking if he intends to resign or comment on the affair.