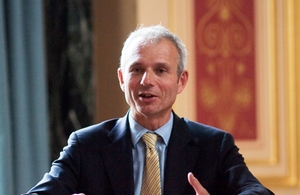 Italy’s education minister Maria Chiara Carrozza has instructed her director general to seek a solution and search for “some initial funding” to compensate hundreds of foreign lecturers subject to discrimination in pay under the Gelmini law, the minister said in a letter to Damian Hinds, an MP representing Scots lecturer John Young.

As the UK Embassy in Rome continues "to keep up the pressure" on the education minister's progress, Italian Foreign Minister Emma Bonino has also reassured that the government is "looking for solution" in the matter, the minister's letter stated.

"I will continue to fight for the rights of the lettori, until we are satisfied that such a resolution has been reached," Mr Lidington promised.

The apparent breakthrough is the result of a tireless 25 year campaign by David Petrie, the chairman of the lecturers’ association Allsi, who fought stubbornly to overcome official indifference in both Italy and Britain. 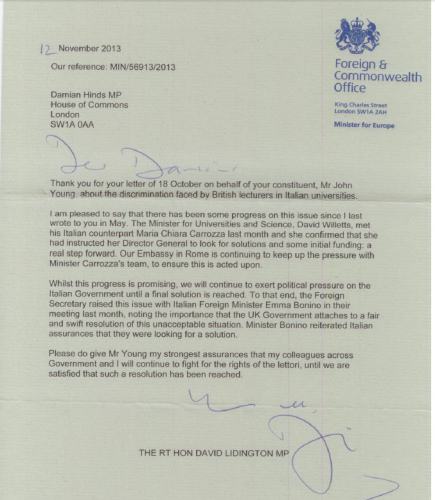 It would be all too easy to

It would be all too easy to make some kind of snide or cynical comment here after three decades of 'extreme patience', so I shall avoid that pitfall and simply say a very big thank you to David Petrie for his tireless work and constant pressure where and when it is most needed. Fingers crossed!