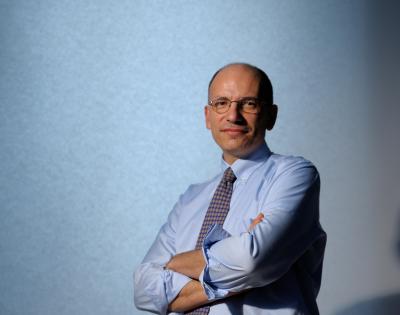 Dear Mr Letta-This month I testify to the European Parliament Petitions Committee and meet UK Europe Minister David Lidington in London. I write to you as chairman of the Association of Foreign Lecturers in Italy (www.allsi.org), a trade union formed in 1997 under the slogan "equal citizens, equal rights, equal treatment."

I feel sure you will remember from your days as Minister for Europe, 1998-99 and those in the European Parliament from 2004-06, the three resolutions passed at plenary sessions and the six judgments in the European Court of Justice attesting to Italy’s failure to guarantee fair and equal treatment to non-Italian teaching staff, "lettori," in Italian universities.

The ECJ found against Italy: in 1989 and 1993 for illegitimate discrimination against British, German and Spanish nationals concerning duration of contracts; in 1997 for blocking three British citizens from access to promoted posts; in 2001 and 2006 for failure to uphold its Treaty obligations regarding citizens from all EU member states and in 2008 for failing take into account a Belgian citizen’s teaching experience accrued outside of Italy.

We first petitioned the European Parliament Feb. 9, 1993 and we were very happy to have received, and continue to receive, overwhelming cross-party support from mainstream parties and political groups in the Parliament.

The first European Parliament resolution, July 13, 1995, concerning human rights abuses and mobbing at the University of Verona, and the two subsequent resolutions, were passed overwhelmingly and supported in speeches and votes by Italian deputies and I pay tribute to those politicians who spoke up for justice.

The Verona resolution attracted only three votes against, led by a Flemish separatist politician. Euro-scepticism in those days was tiny, almost eccentric and therefore seemed innocuous.

Although the European Parliament has remained resolute, I feel sure you will agree that the political landscape has altered. In particular the rule of law is being weakened and no clearer example of this can be seen than Art. 26 of the Gelmini law which the Berlusconi government passed in 2010.

Professor Noreen Burrows, Emeritus professor of European law at the University of Glasgow and Jean Monnet professor of law said of Art. 26 "… has the potential to undermine the authority of the European Court of Justice by appearing to allow Member States to reinterpret the decisions of the Court to suit their purpose of perpetuating discrimination."

It is worth tracing back the passing of Article 26.

The technical report to the Italian Senate explains that this measure, "lays down that all cases before the courts brought by former lettori …be extinguished and annulled;" and then the rapporteur adds regretfully enigmatically,  "…in some of these cases the courts have found against the universities".

Oh dear, has it come to this, after all these years? Do we still have our Italian judges in our Italian courts finding in favour in "some cases" of foreign workers trying to exercise their right to equal treatment, fair play and freedom of movement enshrined in the Treaty first signed in Rome in 1957?

Put succinctly – the Italian courts were finding against the universities – so the Berlusconi government legislated over the head of the European Court of Justice, thereby undermining the authority of the court.

The President of the Italian Republic, you will recall, signed Gelmini into law while expressing his doubts concerning its constitutionality, specifically concerning Art. 26, a clause which Mr Peter Ferguson QC described as "an astonishing statutory provision."

I am pleased to note that the UK prime minister, David Cameron, confirmed last week that he has written to European  Commissioner Reding, who has responsibility for Justice and Fundamental rights. We look forward to Commissioner Redings response which Mr Cameron has promised to forward to us in due course. We warmly thank Mr Cameron along with Minister Lidington, who has spoken frequently, frankly and fearlessly against Italy’s "immoral and illegal" conduct.

We have invited Minister Lidington, who I am meeting in London Nov. 28, to invoke Article 259 of the Treaty, which allows for member states to raise an action against another member state in the European Court of Justice.

We have already sent a similar request to German Foreign Minister Dr. Guido Westerwelle; letters to the governments of Austria, Denmark, France, Ireland and Spain will follow.

Nobody would want to predict the future. Perhaps the waves of euro-scepticism will turn out to be a tsunami and wash away the King Canutes in Brussels and every European member state. Certainly there is growing popular support for such a notion.

The Berlusconi government, through the Gelmini law, legislated over the head of the European Court of Justice, enacting a law which kills the rule of law.

You now have the opportunity to act in favour of the rule of law, build confidence in the European project and gain the credibility and trust of your EU partners.

We hope you will take this opportunity, and say so in public, by responding to this letter. 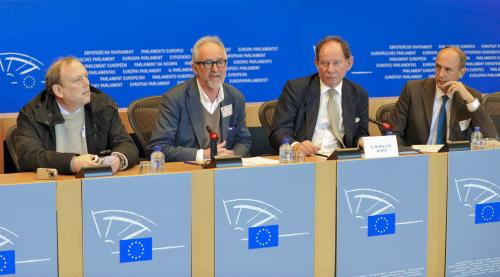 As usual , David, you sum up

As usual , David, you sum up the situation in few and poignant words. Let us hope that Enrico Letta is listening!