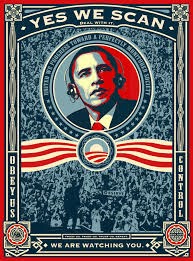 ROME- The office dealing with the prying and spying on Chancellor Angela Merkel apparently goes under the coy euphemism on Special Collection Service -- A long time ago, a colleague on the University of Maryland’s programme for the US military told me of another spooks’ euphemism used back then (and now for all I know). He had been teaching at the US Air Force listening post in Crete, one of various then scattered strategically around the Soviet Union. One was at Chicksands in Bedfordshire, another near Brindisi and another in Japan. When I taught on the Brindisi base, (closed in 1994) a student told me that they listened to Moscow radio taxis – I wasn’t sure if it was a polite way of telling me not to ask questions or if he was commenting on the results of the huge expense of maintaining the base.

The aerials are huge affairs, a circle of steel girders looking like a gasometer designed by Botero, more than half a mile in diametre. The listening personnel were supposed to be native (or very competent) Russian speakers able to deal with oral en clair or decrypted communications. At the Brindisi base, all the support buildings were grouped together with only a few technical huts around the perimeter. Apart from Russian speakers, given the location, I presume that there were a few Albanian and Serbo-Croat speakers but I didn’t meet them. On Crete, not surprisingly, there were Arabic speakers and as for the location of facilities, in contrast, apparently, there was a second, smaller, but substantial group of buildings diametrically opposite the main site. This was, my colleague told me with more than a wry smile, for speakers of another semitic language used in the eastern Mediterranean but whose native speakers in the late ‘60s, early ‘70s probably would not have been happy being quartered with native speakers of Arabic. These were speakers of “special Arabic”… Hebrew.Since my friend told a good tale, I was always a little skeptical about the story; surely Mossad was not going to be fooled by “Special Arabic”. But then the German intelligence community presumably is not fooled by the “Special Collection Service” so I checked and found that the euphemism is indeed used and even that there were Hebrew speakers on the USS Liberty, the navy audio-surveillance ship attacked by the Israelis in 1967 during the Six Day War.That the Liberty was spying on the Israelis has not been proved but the Americans were certainly listening to Israeli traffic then and presumably now… and vice versa.Today’s scandal is different though. It is not a Spy vs. Spy game (although the Liberty incident was hardly just a game – 34 men died in the attack) between professionals. Today the NSA is accused of listening to the leaders of two of the US’s closest allies; worse, President Obama is accused of knowing about the tap since 2010, a major breach of trust and another blot on the reputation of the Nobel Peace Prize winner (the latest spoof is the usual picture of Obama with “Yes, we scan” underneath and in some versions, next to it, “Stasi 2.0”.

The security and economic interests of the US and EU remain the same and so relationships will be patched up even if worse revelation are to follow but international relations depend on trust between leaders as well as big interests and that is not going to return for some time.Here in Italy, everything is calm, at least until tomorrow.Prime Minister Letta has dismissed any possibility of inappropriate behaviour by the Americans in Italy but Monday the parliamentary committee in charge of secret service oversight, the Copasir, met and asked questions about the Rome Special Collection Office and we might get to know if Italian leaders’ phones have been tapped. One Copasir member has already said that US and Italian agencies have worked together listening to Italian leaders.If they have, there will be outrage not just from the usual anti-American elements on the left and right but across the spectrum – everyone apart from diehard contraries like Giuliano Ferrara, editor of Il Foglio.If they have not, the hurt pride will almost be worse at the idea that Italian leaders are not worth listening to and are somehow not at the same level as Merkel or Hollande.

James Walston is Professor of International Relations at the American University of Rome.