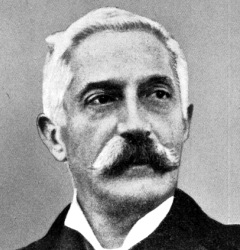 ROME – Police have seized 36 manuscripts and thousands of letters, drawings and notes made by Giovanni Verga in an operation conducted by the Cultural Heritage Protection Department.

The items had been at the centre of an eighty-year battle between descendents of Giovanni Verga and those of a scholar entrusted with the manuscripts in 1930. A police unit specialising in repossessing cultural heritage items was deployed from Rome and Pavia.

According to a report published in the Italian daily newspaper Il Messaggero, the items were originally lent by the son of the writer to a Verga scholar from the Barcelona Pozzo di Gotto. When Verga’s son tried to regain possession of the property, the scholar refused, sparking a row that was later passed onto both parties’ children.

The seizure of the manuscripts by the authorities was triggered when an announcement regarding a sale of Verga works at an auction house was noticed by officials. This, it transpired, had been launched by the scholar’s daughter in an attempt to sell off her illegal heritage.

Giovanni Verga was an Italian realist writer from Sicily best known for his short story, Cavalleria Rusticana. He also wrote I Malavoglia (The House by the Medlar Tree) in 1881 and Mastro-don Gesualdo in 1889. He died of cerebral thrombosis in 1922.