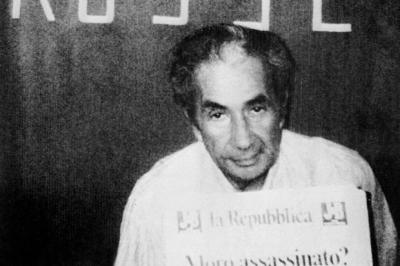 New claims regarding the discovery of the body of Aldo Moro and the arrest of a senior Vatican official show how past mysteries still condition life in Italy, and within the walls of Vatican City.

The allegation that Moro’s body was found in the boot of a red Renault 4 car two hours before the Red Brigades telephoned to alert authorities to its presence raises disquieting questions.

If the claims are true, it would appear that Interior Minister Francesco Cossiga and Prime Minister Giulio Andreotti colluded with the terrorists who murdered their Christian Democrat colleague to present a false picture of events on momentous May 9, 1978.

It would not be surprising if a letter, allegedly seen on the back seat of the car, had disappeared into the mists of state secrecy still enveloping the affair. The arrest of Monsignor Nunzio Scarano, in the company of a shady financier and a former intelligence officer, seemed like a throwback to when magistrates vainly sought to arrest the American head of the Institute for the Works of Religion, Archbishop Paul Marcinkus.

As Il Mattino revealed, Giovanni Carenzio, the broker arrested for an attempt to smuggle 20 million euros into Italy, came to the attention of the police 28 years ago when he was involved in one of many bizarre attempts to muddy the Emanuela Orlandi investigation. V

atican officials insist they have done everything to assist the so far fruitless Italian investigation into the disappearance of the schoolgirl, but her family tells a very different story.

Scarano’s luxurious Salerno flat, packed with valuable works of art, could not be a more direct contradiction of the message Pope Francis sought to communicate in first journey to honour the disinherited who wash up on Lampedusa.

The Vatican, and the Italian state, need to come clean about the mysteries spawned by Cold War conflict when this peninsula marked a front line in the great ideological battle of the 20th century. It is hard to turn the page on a worrying past if large chunks of the latest chapters are still blank, or covered in the censor’s black ink