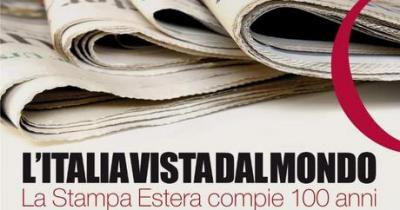 Executives in London took responsibility sending onto the Mail website the wrong option out of two prepared verdict texts from Mr Pisa including canned, hypothetical reaction quotes purportedly offered by prosecutors in the case. Although  removed after 90 seconds, the Mail flier attracted the opprobrium of the Washington Post and other U.S. media, which suggested the snafu reflected the anti-American bias in the British press’s coverage of the murder trial.

Now it seems the Snail has sought to compensate the intrepid hack for the mix up. Although he has returned to the UK and taken up a prestigious job with Sky News, the doughty scribe continues to file a constellation of stories to his old organ about Italy culled from internet and other sources, and the Snail duly publishes them.

The convenient arrangement, however, evidently deprives the official new Daily Mail Italy correspondent, Hannah Roberts, of a formidable slice of what she had understandably hoped would be her burgeoning livelihood since she took over the post in Rome.

Such antics come as little surprise to veterans in Humility Street, where the press club has its strategic headquarters. In the past the former Sunday Mirror man upset more than one established foreign scribe by nicking his livelihood.

Now, however, it seems that club officials led by its doughty Dutch president intend to fire a warning shot to the unchivalrous Signor Pisa suggesting he stick to his patch, or run the risk of having his pencil broken.