Comment: Who will rid me of those meddlesome magistrates? 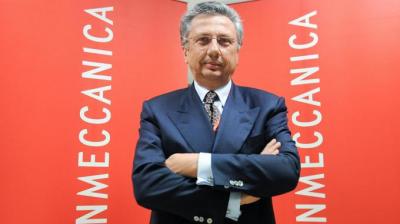 ROME - In Henry II’s time it was much easier to deal with the other institutional powers in the country. The sovereign was indeed sovereign and a nod from him was enough to send four faithful knights off to Canterbury to kill Thomas à Becket, the “meddlesome priest” who argued that even the king was subject to law. Henry solved the political conflict but had to deal with his conscience for the rest of his life.

Italian politicians cannot solve their institutional conflicts quite so summarily but they manage to avoid the conscience hangover.

These last few days have seen a spate of arrests, indictments and verdicts involving politicians directly or people closely involved with the political parties. With just over a week to go before the elections, the predictable reaction has been that the judiciary is taking an active part in the campaign.

First the list, at least of the loudest cases.

On Tuesday, the CEO of Finmecanica, Giuseppe Orsi, one of Italy’s biggest companies, was arrested on charges of bribery and fraud in a helicopter deal with the Indian military. There are suggestions that both the previous government which appointed Orsi and Monti who confirmed him did not exercise due diligence over the publically owned business; the indictment argues that Finmecanica had developed a “culture of bribery”. Paolo Scaroni, the CEO another state owned company, SAIPEM, is being investigated for bribery in a gas deal with the Algerian government.

Yesterday, the film producer and husband of a PdL deputy, Angelo Rizzoli was arrested on charges of fraud and criminal bankruptcy. Today, the former president of Monte de’ Paschi (MPS), Giuseppe Mussari was questioned by Siena prosecutors. Mussari has been charged with various offences and the MPS has always had a close relationship with parties of the left.

Directly political, the outgoing president of the Lombardy regional government, Roberto Formigoni from Berlusconi’s People of Freedom (PdL) has finally been charged with corruption after months of investigation. He is alleged to have taken expensive holidays and other favours in return for giving public health service contracts. Lombardy is the key region for the Senate election race as well as being the biggest and richest in the country.

And then there are two convictions.

One is not a party political matter but certainly concerns the relationship between state powers. The Italian secret service chief, Nicolò Pollari has been given a 10 year sentence for his part in the kidnapping and extraordinary rendition of the Milanese imam abu Omar in 2003. The CIA operatives who carried out the kidnapping have already been convicted in absentia. Successive governments have accused the prosecutors of disclosing state secrets but so far the tussle between government and courts has not been resolved definitively.

The other conviction is much more straightforward. The former PdL minister, Rafaele Fitto was given four years for taking a €500,000 bribe from Giampaolo Angelucci who was given health service contracts and who has already been sent down for three and a half years for corruption. Fitto is top of the list of the PdL candidates for Apulia.

Fitto’s immediate reaction was that his sentencing had been timed to coincide with the elections. Silvio Berlusconi condemned all the verdicts and investigations apart from MPS. “General Pollari’s conviction is alarming; it means that Italy can’t have a secret service which defends out interests… The normal relationship between the powers has blown up. The Magistrature is ruining Italy with Jacobin behaviour”. “Jacobin” is a favorite insult implying Robespierre and the guillotine. Yesterday he even went as far as saying that since paying bribes is normal in certain parts of the world, the judges were harming Italian interests by prosecuting Italians. His Northern League ally, Roberto Maroni condemned bribe taking and this morning Berlusconi backtracked saying that he did not support breaking the law but he has already suggested that he would re-introduce immunity from prosecution for members of parliament.

The nub of the problem is that there are just so many suspected cases of misbehaviour by politicians and and potentially illegal relationships between politicians, parties and business that whenever a prosecutor indicts a suspect of a judge passes sentence, there will always be some politician who claims that he is being targeted by judges. At most, what is happening now is that some magistrates might be shifting the papers on their desks just a little more quickly or more slowly than otherwise; the media then amplify what suits their political bosses. The whole, both the substance and the way it is spun, is not very edifying.

This week’s clutch of indictments and convictions is just further evidence of how problems are allowed to fester for years until the courts are the only institution left to intervene so the clash between the courts and politicians in the executive and legislature is inevitable.

Berlusconi makes no bones about wanting to be rid of the meddlesome magistrates but many others think it.

As in previous election years, the American University of Rome will be hosting a one day conference covering election issues, parties, policies and personalities, with analyses from scholars, journalists and politicians. This year it will be on 8 March 2013 originally a month before the likely date of the elections, now two weeks after the 24-25 Feb elections. The keynote speeches will be given by Paul Ginsborg and Gianfranco Pasquino.