Battle with doping has wide-reaching implications 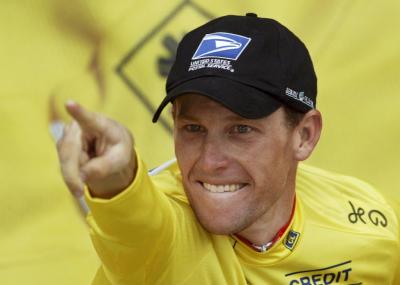 ROME-- Lance Armstrong's admission of guilt got people talking about performance enhancing drugs but other successful athletes likely will be discovered frauds before the storm blows over.

Now, Armstrong has hit out at critics, claiming that he's little more than a scapegoat, just one example of a cheat in the world of professional sports he says is – and always has been – dirty. In an interview with cyclingnews.com, the disgraced rider was his usual bullish self, claiming to be just one of many.

“My generation was no different than any other,”insisted Armstrong, whose success led to a boom for the sport, particularly in the United States. “The 'help' has evolved … from hopping on trains a 100 years ago to EPO now. No generation was exempt or clean.

He also hit out at the Union Cycliste Internationale, which he says was implicit in his years of doping, and its president Pat McQuaid. The Texan called McQuaid “pathetic”, and is adamant that efforts to clean up cycling should have nothing to do with the sport's governing body.

The conversation follows the much-discussed interview that the former Tour de France champion gave to Oprah in January.

Armstrong famously came clean, pun intended, to US television's first lady about his systematic drug use during his time as a professional athlete and is now supporting a truth and reconciliation process that he says should interview anyone who's ever won a major race, regardless of how many years have since past.

The 41-year-old went on to insist that even though he saw himself as a “fall guy” for the entire sport, he wasn't interested in passing the blame or making his crimes seem less serious.

“I'm only interested in owning up to my mistakes,” he said, “I'm a big boy and I'm not in the blame game.”

The interview with Oprah caught the attention of sports fans around the globe, even those not normally interested in cycling.And part of the reason for that is that it now seems more likely than ever that cycling is not alone in having a drugs problem.

Currently, the Spanish doctor Eufemiano Fuentes is on trial, following a lengthy investigation in his country into doping in cycling, codenamed “Operation Puerto.”

Fuentes is an expert on the use of Erythropoietin (EPO), a hormone that controls the production of red blood cells and which can be extremelybeneficial to an athlete as it increases the amount of oxygen theblood can carry, having massive effects on endurance and recoverytimes.

He has been titillating prosecutors and sports fans alike by insisting that he didn't only work with cyclists, but regulatory carried out procedures on other sports stars too, including high-profile tennis players and professional footballers.

time, I did not work for a cycling team, but with individual sportspeople: an athlete, a footballer, a boxer. In 2006 I worked with sportspeople of all types: footballers, cyclists and athletes.”

same methods to another, regardless of the sport. So though Armstrong is certainly the most high-profile drugs cheat caught thus far, it seems unlikely that he'll be the last.