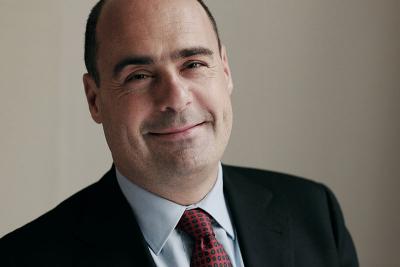 At first glance, Berlusconi’s four year sentence for tax fraud last week and the results for the Sicilian elections on Monday should have cleared the air and changed the broader picture. Instead, they change remarkably little. As before, confusion reigns.

Since last Friday, Berlusconi has huffed and puffed in different directions but he will not blow the Monti house down. His performance at a long press conference the day after was part rage and part calculated positioning in quasi opposition. He attacked the courts and threatened to withdraw his party’s support for the Monti government and go for early elections. Much of the bluster and posturing is part of the infra-PdL battles rather than an attack on Monti or the other parties. Monti himself was icy in his response - “We do not see the threat to withdraw support as a threat”. It was a challenge to Berlusconi and anyone else who might be thinking of bringing down the government; “do it”, the subtext went, “but take the consequences”. Berlusconi changed tack a couple of days later and renewed his support for Monti.

He is also manoevering to keep a position of influence in his Popolo della Libertà (PdL) or whatever new name or new party/parties appear before the elections.

Two days before the Milan verdict, Berlusconi declared publically that he was going to “step aside” and allow “younger people” to take over the reins of the party and power. This was a way to jump in a direction that he could control rather than being pushed by the verdict, by very negative opinion polls and by the internal divisions of the PdL. Not only is the right, the ex-Alleanza Nazionale people, showing impatience and saying that the Berlusconi era is over, many of his own supporters who came from Forza Italia think he is the kiss of death. There were even signs of disagreement between him and his designated successor, PdL secretary, Angelino Alfano, a man caricatured as being Berlusconi’s puppet. Those differences have been papered over but the party is still riven with discord.

For the moment Berlusconi has retired to Malindi in Kenya with his friend and fellow billionaire, Flavio Briatore for a week’s rest and recreation.

Of course Berlusconi still has immense power and resources. He has his wealth which he can deploy in open and hidden ways and he still has his own media and some residual influence with the RAI. He is on the warpath because he has been seriously wounded by the Milan verdict and is worried that his other criminal cases will come to verdict soon and negatively. So we can expect to see quite a lot of Silvio Berlusconi between now and the elections. But that is not the same as him controlling the campaign, even on the centre-right.

The Sicilian elections added even less light to the overall picture. Even though the centre-left coalition won the elections and will have to deal with Sicily’s massive debt, they can hardly take the result as an augury of victory in April. They do not have a majority in the assembly so there will be serious horsetrading at every division. The biggest single party was Beppe Grillo’s Movimento 5 Stelle (M5S) whose candidate took 18.2 percent (but the party only won 14.9 percent; the system allows split ticket voting).

The most significant figure to come out of Sicily was the record low turnout; 47 percent compared to over 60 last time. Everyone lost some votes reflecting the general alienation from political parties but the centre-right lost much more heavily.

The PdL has disasterous showing in the Sicilian elections (12.9 percent in a region where they won every constituency in 2001), another reason for Berlusconi to “step aside” before being pushed.

This means that the centre-right needs a leader. Alfano has declared that there will be primaries to be held on 16 December. Like the centre-left until very recently, they have no rules for them and still have not decided if they will be looking for a leader of a centre-right coalition or of a single party and if so, which.

There are mutterings that Berlusconi will try and refound Forza Italia, unlikely and very destructive for the centre-right.

It is not only the PdL which is imploding. On Sunday, Milena Gabanelli’s hard hitting investigative program, Report, lined up Antonio Di Pietro and his Italia dei Valori in her sights. She uncovered much sleaze and bad judgement though little which might be illegal, small beer for the other parties but devastating for a man and a party which has made its reputation on its honesty and legality. He and his party are desperately trying to work out how to save the party or whether to support Grillo.

In comparison, the Democratic Party’s primaries are going well, giving them good coverage without destructive internal bickerings. One of the potential candidates, the left wing Nichi Vendola has just been fully acquitted of corruption and has said that he will now campaign in top gear. They are due to vote on 25 November.

It is not only national leaders that are needed. We will have another dress rehearsal for the general election when Latium and Lombardy elections go to the polls, probably early in February. Along with two of the biggest regions tiny Molise will also be voting as the courts finally declared the 2011 elections null. Between now and then, there will be frenetic activity in the parties trying to decide who will be the candidates for president. The only certain one so far is Nicola Zingaretti, much respected president of the province of Rome who was due to stand for mayor in the scheduled city elections in May. Now he’s moved to the region.

James Walston is Professor of International relations at the American University of Rome.

These are busy times with no easy predictions.