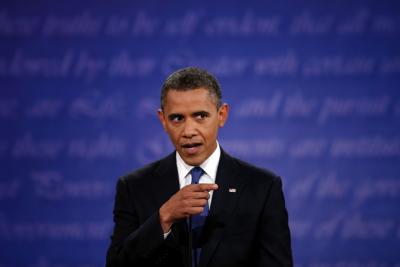 ROME - Almost four years ago, I went to the Terrorhaza, the House of Terror in Budapest.

This is a museum which describes the Hungarian Nazi Arrow Cross and Communist regimes. It is housed in the building which was used by both as a prison, interrogation and torture centre for dissidents. There are the real gallows and films of gulags, the massacre of Jews in Budapest along with many other horrors. It is not a subtle exhibition and does not pull its punches about the human and humanitarian costs. The images both moving and still are graphic, the sounds which accompany them equally so and loud; many of the objects are gruesome. It leaves the visitor in no doubt about the regimes.
So it was surprising to find the following two entries in two separate visitors’ books which gave us an idea of what at least some people were thinking at Thanksgiving in 2008:

"Thank you for this fantastic exhibition. With the new Obama nation in the United States, soon [underlined] we will be a Communist nation. Please try and help us.
A New Yorker ".

As we again approach the US presidential elections, I wonder how the authors of the two diatribes are feeling now. Have they realised that Obama was never a radical (even before he was elected) and the US has not been swept into a murderous Nazi or Communist gulag society? Or do they fear that in his second term, the “real” Obama will appear, fangs and all? Given the vitriol in those outburts, I suspect they still think that Obama is the personification of “European” political vice. Something on the line that if you start with a national health service, the SS and the KGB are not far behind.

There have been other American presidents who have evoked strong negative passions. Indeed, Obama’s predecessor made many Americans foam at the mouth at the mention of his name. But even if some hated George W for what he was, most found his actions dangerous and contemptible and once they stopped foaming, they would be able to articulate the reasons for their antipathy.

Among people like the Terrorhaza visitors, it is likely that Obama is feared for what he is not for what he does. He is international in his backround, he is an intellectual and very much part of a coastal elite, in many ways more waspish than real WASPs. And above all, as Silvio Berlusconi so subtly put it, he is “suntanned”. Berlusconi was too stolid to realise he was being offensive; the Tea Partiers and birthers are not that crass so they use other terms. They suggest that he was not born in Hawai; some of them would like to repeal the 14th Amendment which gives citizenship and full political rights to anyone born in the US, an irony in Italy where there are attempts to actually give citizenship to children born here. They claim that he is Muslim because of his name and because of his childhood spent in Indonesia, he cannot be a “real patriotic American”. All these red herrings should have been buried long ago and Obama should be judged on his presidential successes and failures and for most Americans, this will be the case.

But there is a hard core that still cannot accept the idea of a black president. And since overt racism is no longer acceptable in public in the US, they dress up their prejudice in distracting clothing. “Socialism” is a good starter; most Americans don’t have a very clear idea of what it means (ditto most Europeans by now, but that is irrelevant for the moment) but it is highly negative whatever it is. “Elitist” and “unpatriotic” are hardly less damning epithets.

No doubt there are some who genuinely dislike Obama for those reasons but Ta-Nehisi Coates in the recentAtlantic article “Fear of a Black President” quotes many scientific articles written over the last four years which show the electoral weight of racism against Obama in both numerical and geographical terms. He goes over the incidents when Obama either said nothing about racial issues or said something as in the case of the killing of black teenager, Trayvon Martin or the arrest of Harvard professor, Randall Kennedy and then had to face a backlash and accusations of “black rage”. It is a long, thoughtful and well-argued (and angry) article; he concludes  “Race is not simply a portion of the Obama story. It is the lens through which many Americans view all his politics.”

The not-so-hidden racism does not only come from the white right. Last summer, Dinesh D’Souza’s documentary “2016” was released arguing that Obama is motivated by an anti-British, anti-colonial ideology learnt from his Kenyan father. As a consequence, argues D’Souza, Obama is anti-American and only a little more politely says the same as the Terrorhaza jeremiads.

The contrasts in US society are striking. For all the tough talk in the presidential and vice presidential debates, they are extremely civil affairs but the undercurrents hide the dark divisions in the country which are anything but civil.

It is curious (and I hope encouraging) that of the four candidates, two are Catholic, one is Mormon and only one is Protestant (and he is not Episcopalian) but religion is not an issue in this election (though no doubt will be when there is an openly atheist candidate).  When the US has its first woman or Jewish president there will no doubt be similar questions. But partly because of the time passed and partly because of the depth of that bitter heritage of racism, the debate will not be as acute and will not provoke the reactions I saw in Hungary four years ago. In the meantime, the playing field is still not level. 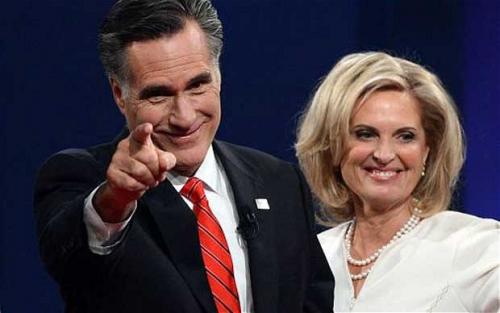