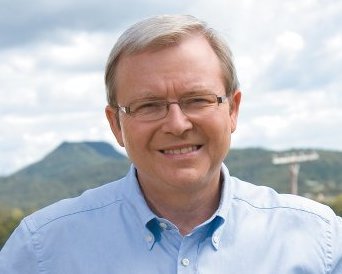 ROME -- Australia may withhold its funding to the FAO in protest against alleged inefficiency at the UN agency, Foreign Minister Kevin Rudd has cautioned.

The Australian Foreign Minister and ex-Prime Minister Kevin Rudd strongly criticised the UN Food and Agriculture Organisation (FAO) at a conference organised by the Economist in Hong Kong entitled Feeding the world: Asia's Prospect of Plenty.

"The fact that we're having this kind of conference is an indictment of the failure of the FAO,” he said. “The execution of its mandate, which is food security, must now be done.

His threat to cease Australian funding to the FAO came under his own reference to the “finest traditions of Australian diplomacy.” Considering that Australia was the sixth biggest donor to the organisation in 2012 with over 12 million euros, the threat is not without importance.

It is not the first time that donors have become frustrated with the way the FAO is run. Britain threatened to switch its funding away from the FAO to the World Food Organisation (WFO) in February 2011. Britain, as one of the founding members of the FAO, even hinted at abandoning its membership altogether.

In 2012 the Brazilian José Graziano da Silva was named Director General of the FAO, and there were hopes that under this new direction the results of the organisation would improve. However's Australia's outcry comes amidst other complaints by OECD countries that the new direction is still prone to overspending and inefficiency.